Did Kylie Jenner just reveal the sex of her baby with Travis Scott?

Kylie Jenner fans are convinced that she is having a baby after the reality star appeared to drop a hint on Snapchat.

The 20-year-old, who still hasn’t confirmed her pregnancy with Travis Scott, posted a picture of three different phone cases from The Kylie Shop.

She then teased fans about her choice, adding: “Which one? I’m thinking blue…” 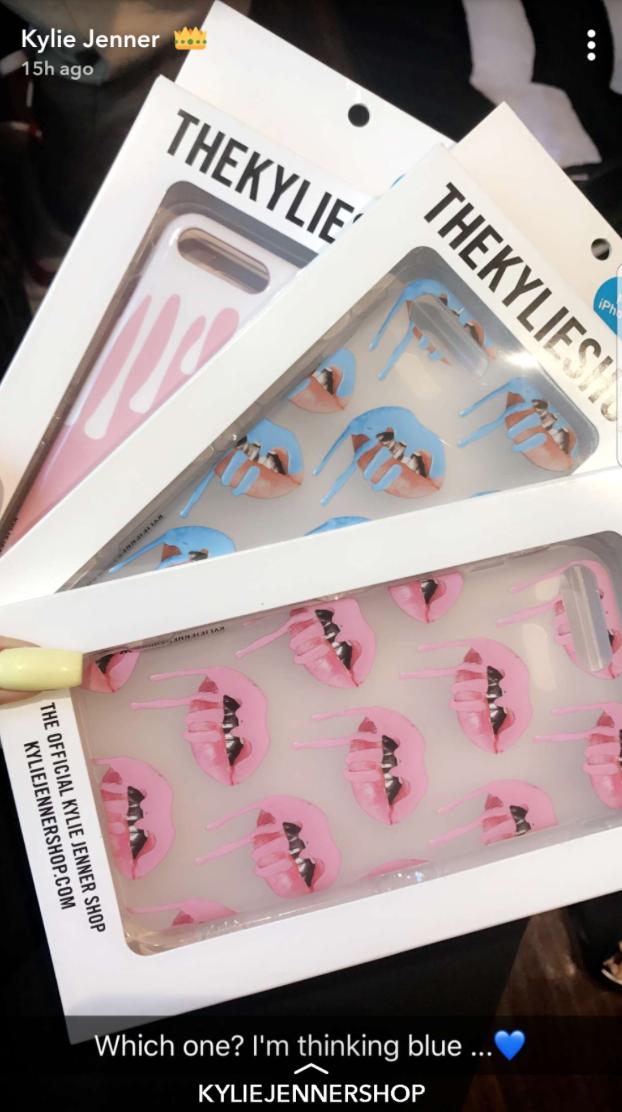 Although Kylie Jenner was clearly talking about her mobile phone case, many fans have taken her choice as a hint that she is having a baby boy.

BREAKING : Kylie Jenner pretty much confirmed she is having a baby boy #KeepItKardashian pic.twitter.com/t1LsiagRO2

Tell me @KylieJenner 's not trying to say it's a boy pic.twitter.com/Y6jOXMpFhd

@KylieJenner is def having a boy. I see the hints you dropping girl.

Was @KylieJenner Snapchat a hint that she’s having a boy ?? #isshepregnant!?

Meanwhile, Jenner has continued to tease fans about her rumoured pregnancy after sharing some Instagram pictures of herself wearing a baggy blue shirt – a suggestion she is attempting to hide a baby bump.

Kylie has reportedly already spent $70,000 on clothes for her unborn baby.

Interestingly, her sisters Kim and Khloe are also reportedly expecting children – with the former using a surrogate with Kanye West.