"What kind of mother does that?"

Kim Kardashian has sparked an angry response by some fans after she was pictured preparing for another racy photoshoot.

The famous mum-of-three, who recently welcomed new baby Chicago West via surrogate, was spotted in a completely see-through dress for a beach photoshoot in Malibu. 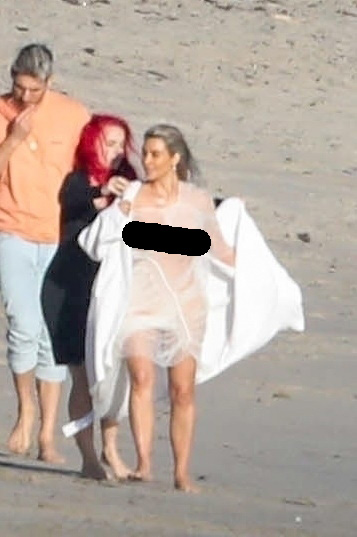 Be home with baby Chicago instead of at the beach and out seeing movies :( #disappointedfan #badpr

@KimKardashian I hope you are home with your newborn and not prancing on the beach or trying to promote any kind of profit. Stay home, this is an important bonding time. With you and not nannies.

The documents revealed that the baby has no middle name.

QUIZ: How well do you remember the film 'Stomp The Yard'?

Did Tekashi 6ix9ine slide into Lil Nas X's DMs? What has 6ix9ine said?