Kim Kardashian deleted her emotional tweet about the recent Manchester terrorist attack after receiving a furious backlash on social media.

The KUWTK reality star, who is no stranger to controversy, initially responded to the tragedy with a now-deleted tweet that included a picture of herself with Ariana Grande.

“Concerts are supposed to be a place where u can let loose and have fun,” she said. “So scary to not feel safe in this world. @arianagrande I love you.” 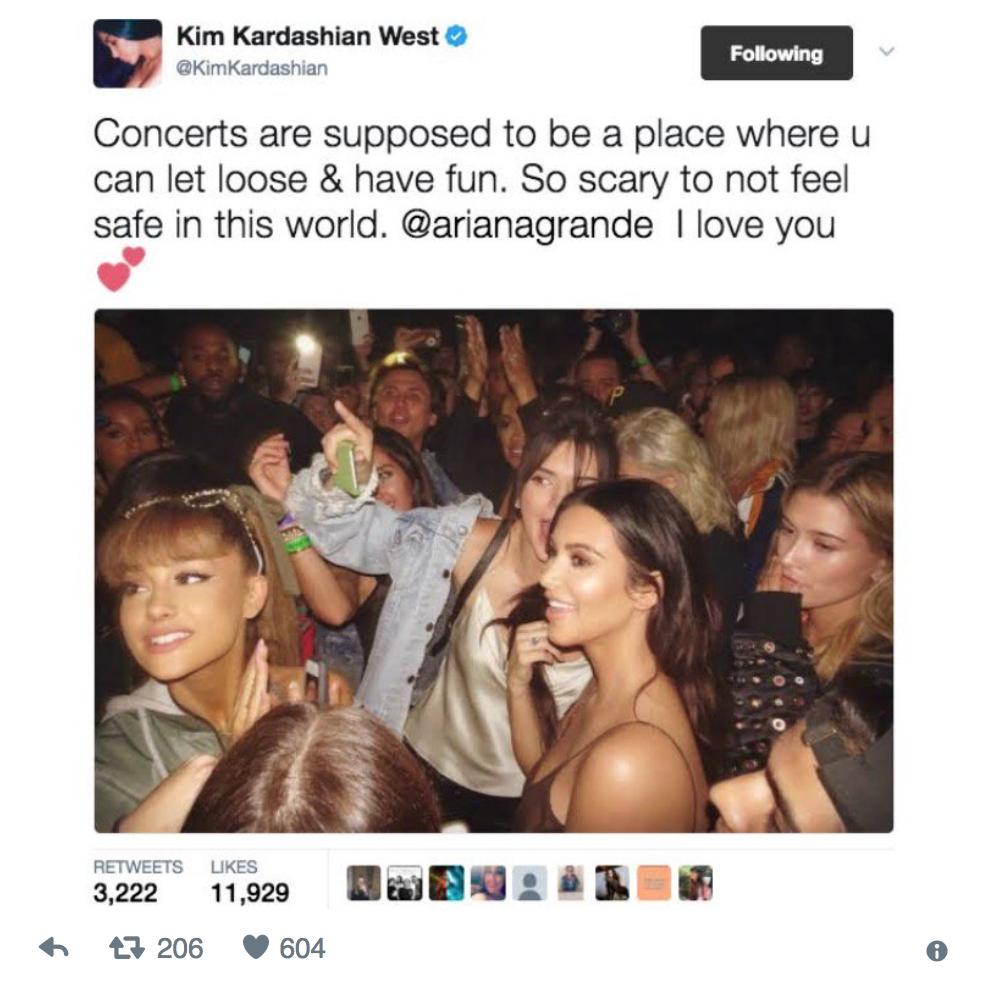 The picture showed herself, Kendall Jenner and Ariana Grande appearing to have the time of their lives at Kanye West’s September gig in Madison Square Garden.

Although Kim may have intended for the post to show support for Ariana Grande, many fans took the post to mean she was making the tragedy all about herself.

Check out some of the responses below:

The malfunction of @KimKardashian with her Narcissistic personality disorder is disgusting. pic.twitter.com/WQFyePZNBk

@KimKardashian We're never going to forget when you posted an inappropriate pic and made the #Manchesterbombing all about you. (Screenshots are forever.) pic.twitter.com/lsZlptqWio

People really made Kim Kardashian delete this tweet because they didn't like that she included a photo of herself. Y'all are annoying pic.twitter.com/rhYisAgM4X

Kim also posted more tweets about the Manchester tragedy, expressing her concerns and sorrow for everybody involved.

“I’m praying for everyone in Manchester,” she said. “This is truly so senseless & heart breaking,” and, “I can’t imagine the fear and agony these parents must be going through searching for their kids.”

I'm praying for everyone in Manchester. This is truly so senseless & heart breaking.

Meanwhile, Ariane Grande, who is reportedly still distraught by the situation has agreed to pay for the funerals of the 22 people who died following the terrorist attack at her show.