See where everybody will be sat this Sunday.

The seating arrangement has been revealed for this year’s highly-anticipated Grammys Awards, featuring Beyonce, Jay Z, Rihanna and more.

Unsurprisingly, Beyonce is on the front row alongside Jay Z at the LA awards show at the Staples Center. 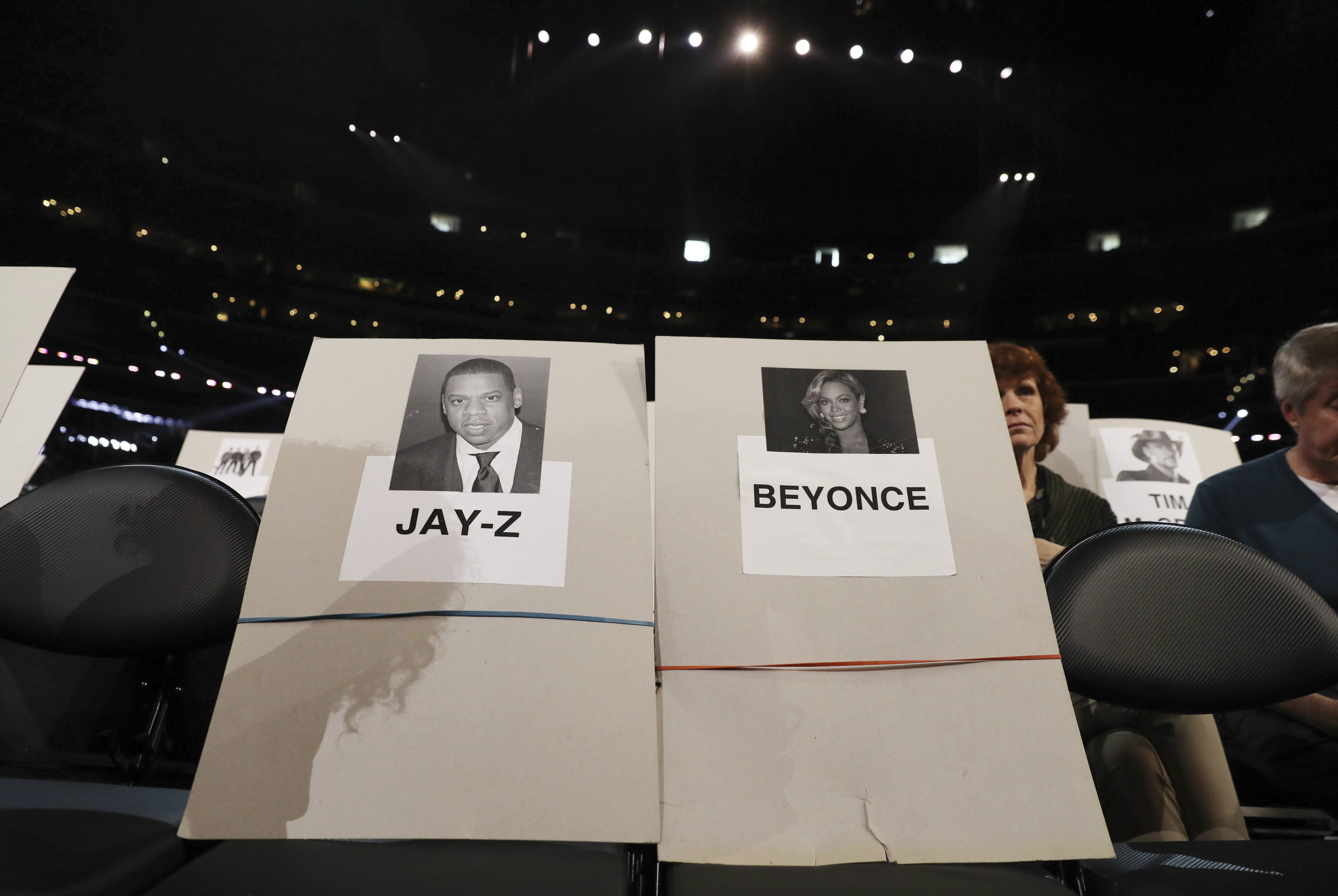 However interestingly, there are no seats for Drake, Kanye West and Justin Bieber, who have reportedly boycotted this year’s ceremony for various reasons.

Rihanna will be sat close to Ed Sheeran and Alicia Keys, while The Weeknd is sat a few rows further back.

See where everyone else will be sitting at this year’s Grammys below:

This year’s Grammy Awards will take place this Sunday (12th) at the LA Staples Center.

Beyonce, who recently announced her pregnancy, is set to perform at the event alongside some surprise guests.