See the first wave over acts announced to perform at Glastonbury Festival 2015.

The first wave of artists on the line-up for Glastonbury 2015 have been revealed. Big name acts including Pharrell Williams, Mary J Blige and Deadmau5 will be joining the festival's headlining act Kanye West. 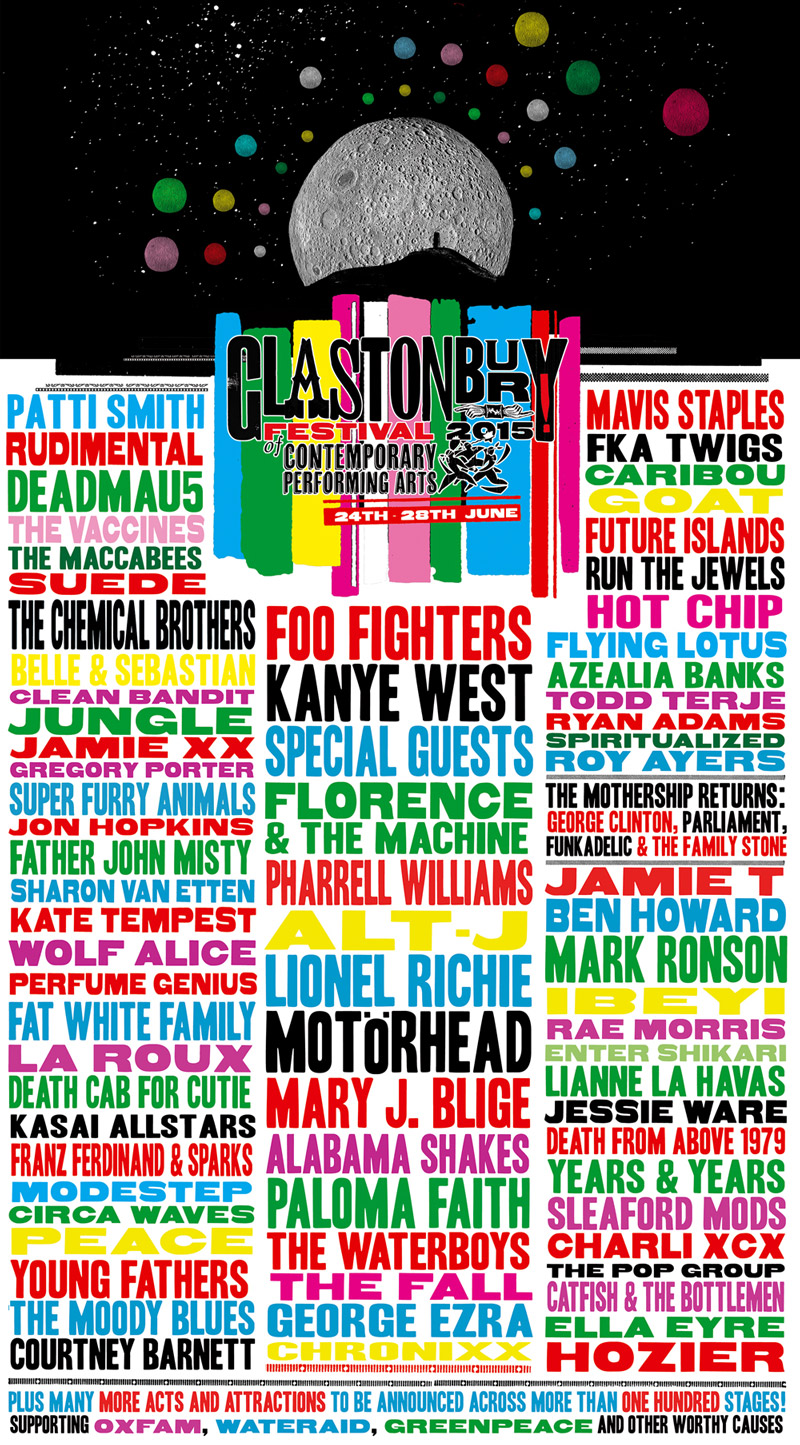 Last month there was plenty of backlash after Kanye West was announced as the Pyramind stage headliner, with an online petition to have him removed from the line-up gaining over 100,000 signatures. But in an open letter Glastonbury's headliner defended the decision to have Yeezy headline.

More acts on the Glastonbury line-up are set to be announced soon.