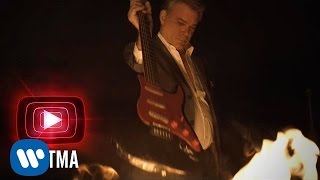 Ed Sheeran and Rudimental have dropped the official video for their new single 'Bloodstream.'

The cinematic video, directed by Emil Nava, who also directed the video for Ed Sheeran's Pharrell collaboration 'Sing' and Calvin Harris' 'Blame,' shows the life of an aging rockstar whose world is beginning to fall apart.

Rudimental will be joining Disclosure to perform at their first 'Wildlife' festival, taking place in Brighton this june. Other acts on the line-up include Nas, Sam Smith, Mark Ronson and more.

Watch the official video for 'Bloodstream' above.