Find out the full Coachella 2014 line up, with more than 150 acts set to perform.

The full lineup for this year Coachella Musical and Arts Festival has finally been revealed. After many rumours, most wont be surprised to hear that Outkast will be reuniting to headline.

It's been eight years since the 'The Way You Move' dup have rleased any new music, and 11 years since their Gramm award-winning album 'Speakerboxxx/The Love Below' was released in 2003. 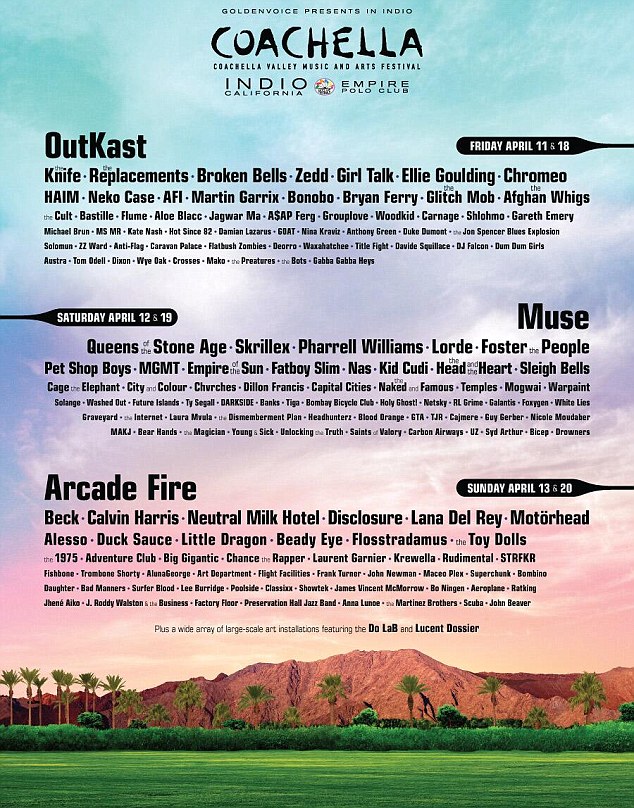 The rest of the line-up for the Los Angeles double weekender is living up to its amazing headline act, with Nas, Pharrell, Lorde, Jhene Aiko, Chance The Rapper and Martin Garrix all set to perform.

As ever, the UK is representing in full force. Travelling across the pond will be our very own Calvin Harris, Fatboy Slim, Rudimental, Disclosure and AlunaGeorge – all of who had an incredible 2013.