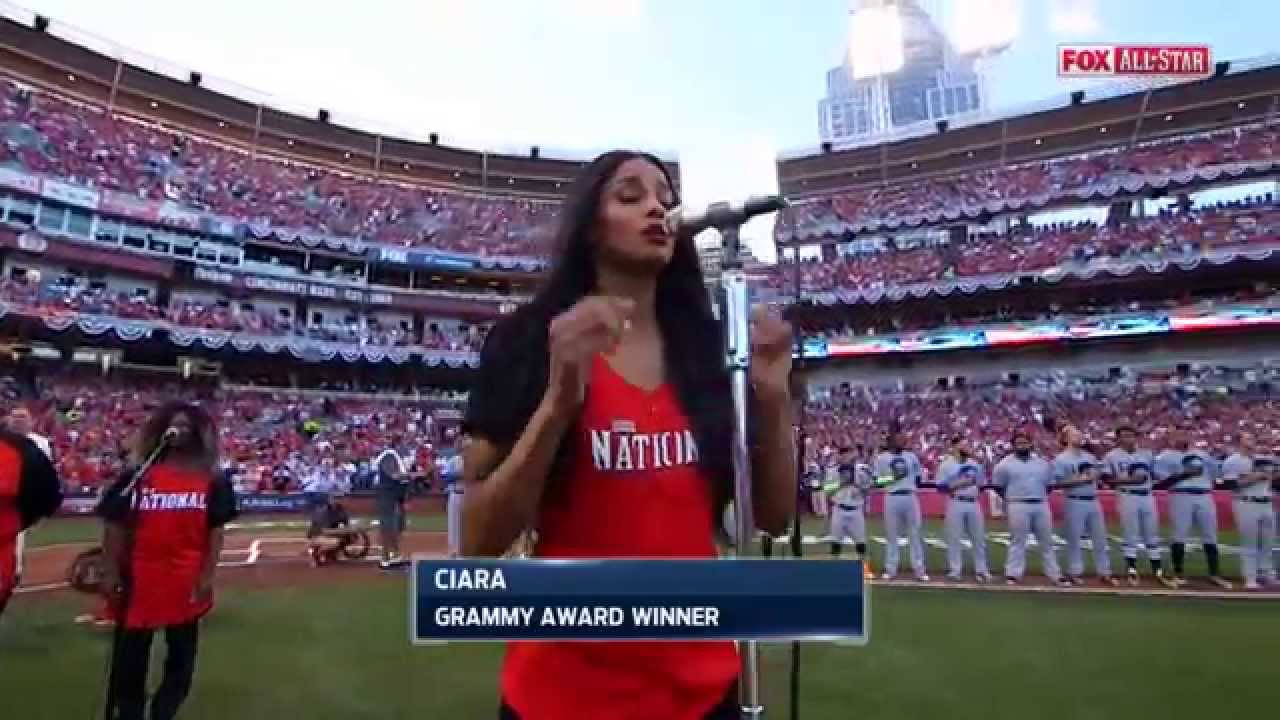 What do you think of Ciara's performance?

Yesterday (Tuesday 14th) Ciara took centre stage at the 2015 MLB All-Star Game and had the honour of performance the national anthem for the thousands-strong crowd.

Dressed in a red jersey, the 'I Bet' singer was joined by backing dancers as she gave the performance her all. But immediate reviews on social media were mixed, with some commenting that they were impressed by Cici's vocals and others being, well, not so kind.

Ciara did good on the national anthem. Most of the 'greatest renditions' y'all speak of were Lipped. She sang it Live & well. #Salute

I think we can all agree that Ciara should be banned from singing the national anthem again.

Proud of you @ciara loved your #NationalAnthem performance! Baby girl you did that! Much love

Why tf they had Ciara sing the national anthem. .. She shoulda did an interpretive dance to the beat instead.

What did you make of the performance? Watch it above and let us know on Facebook.