Cardi B has revealed that she and Offset are having to go through “drastic measures” to stop a woman who is claiming to have given birth his baby.

The woman, called Celina Powell, claims to have recently given birth to Offset’s fourth child in a series of posts on social media.

The child, which she has named Karma Kiara Cephus, after Offset’s real name Kiari Kendrell Cephus, is at the centre of the drama.

Powell and Offset have since entered into a long-running feud on social media, amidst claims that he will have to take a DNA test in April.

However Cardi B, who is also strongly rumoured to be pregnant with Offset’s child, has fired back in a now-deleted tweet.

“Can’t wait for this man to come back from overseas,” she said. “Its crazy how we gotta go through drastic measures to shut people the f*ck down.

“Specially people with no life or common sense.” 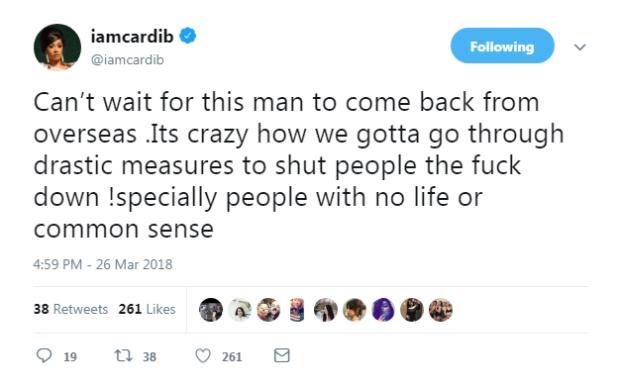 Meanwhile, Celina Powell claims that Cardi B and Offset have hired the best lawyer in New York to stop her from talking about the case in public.

“I’m done talking. They hired the best in New York to serve me with a cease and desist letter,” she said. 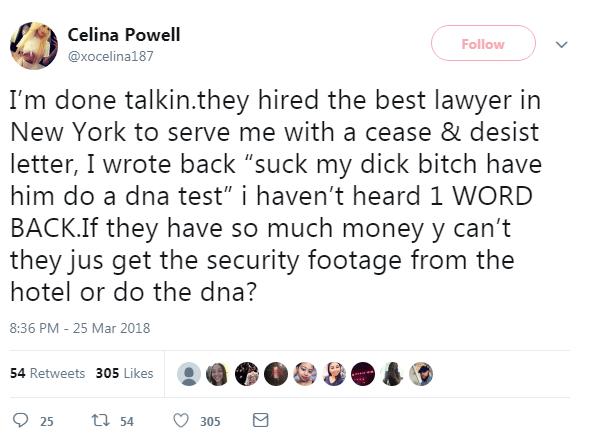 Offset appears to have had his final say on the topic, writing: “My focus is my music, my family, Cardi and the fans.

“Everything else is noise. Have a blessed day.”

My focus is my music, my family, Cardi, and the fans. Everything else is noise. Have a blessed day.

Meanwhile, Cardi B has now released the artwork and release date for her highly-anticipated debut album ‘Invasion Of Privacy’.

QUIZ: Answer these 10 rap questions and we'll guess your age

Who is Richard Williams? The real person behind Will Smith's character in 'King Richard'