Taking throwback to a whole other level.

Cardi B and Bruno Mars lit up the stage with their high-energy performance of 'Finesse (Remix)' at the 60th Annual Grammy Awards last night.

And while Bruno scooped up at the prestigious awards show (the singer won a whopping six awards!), all eyes were on Cardi during the performance - her outfit, in particular, got people talking.

The 'Bodak Yellow' rapper donned a multi-coloured two piece with blue, red, yellow and green stripes that took us all the way back to the '90's. 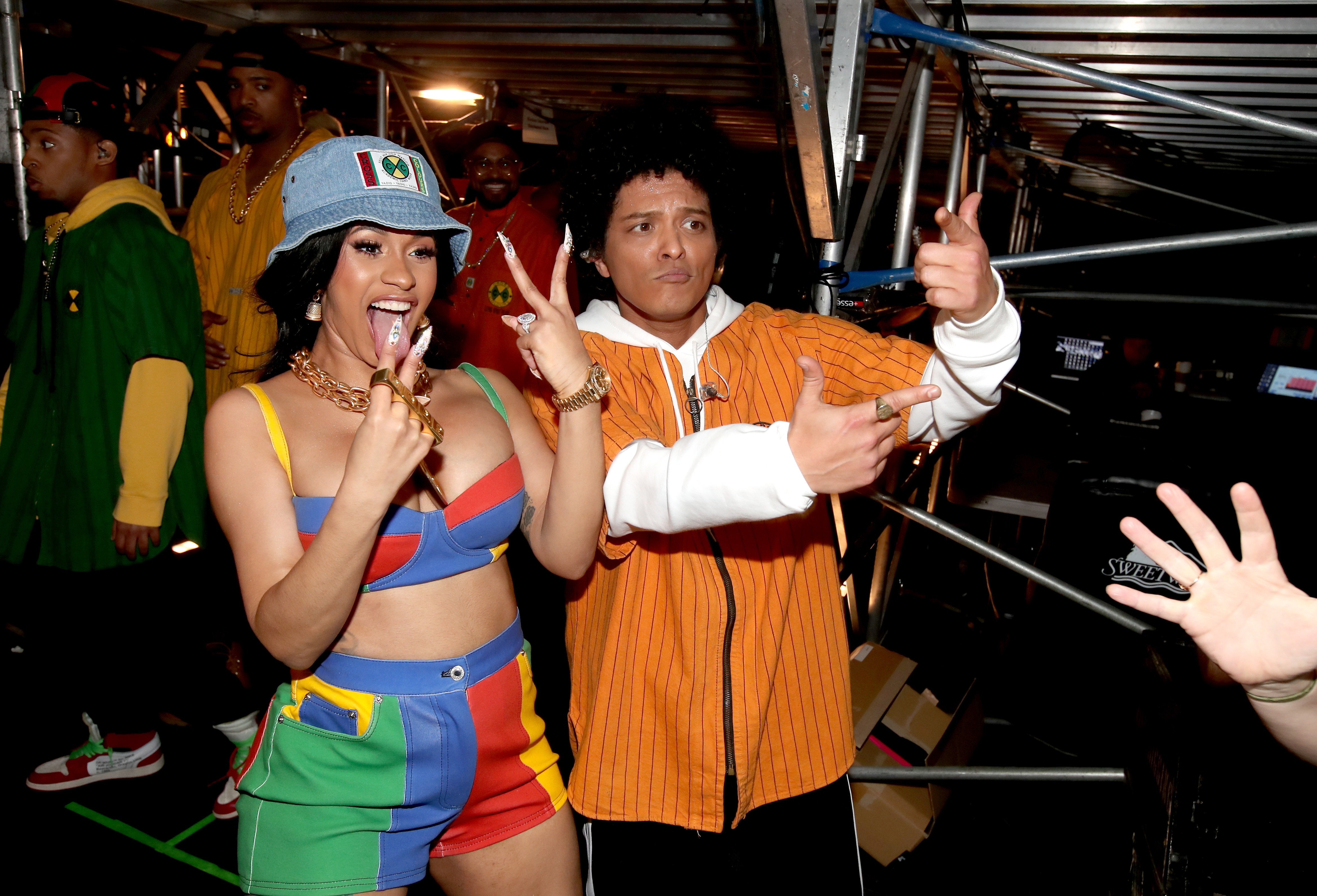 It even reminded some Twitter users of their time in school as a child...

Remember those rainbow-stripe parachutes your teacher used to bring out during class? Yeah, that memory, to be precise.

And the memes rolled in!

Cardi B’s outfit is very reminiscent of the parachute every public elementary school used in gym class in the 90s.

Cardi B rocking that parachute. Bringing me back. #GRAMMYs cardi b pic.twitter.com/D6ACnuKJNY

Cardi and Bruno joined the likes of Kendrick Lamar, SZA, Logic, Khalid, Alessia Cara and more on the bill of performers during the star-studded event.

Lamar engulfed the stage in flames during a politically-charged performance that earned him a standing ovation from the audience at Madison Square Garden.

The 'DAMN.' rapper picked up four awards on the night, including Best Sung/Rap collaboration with Rihanna for their collaboration 'LOYALTY.'