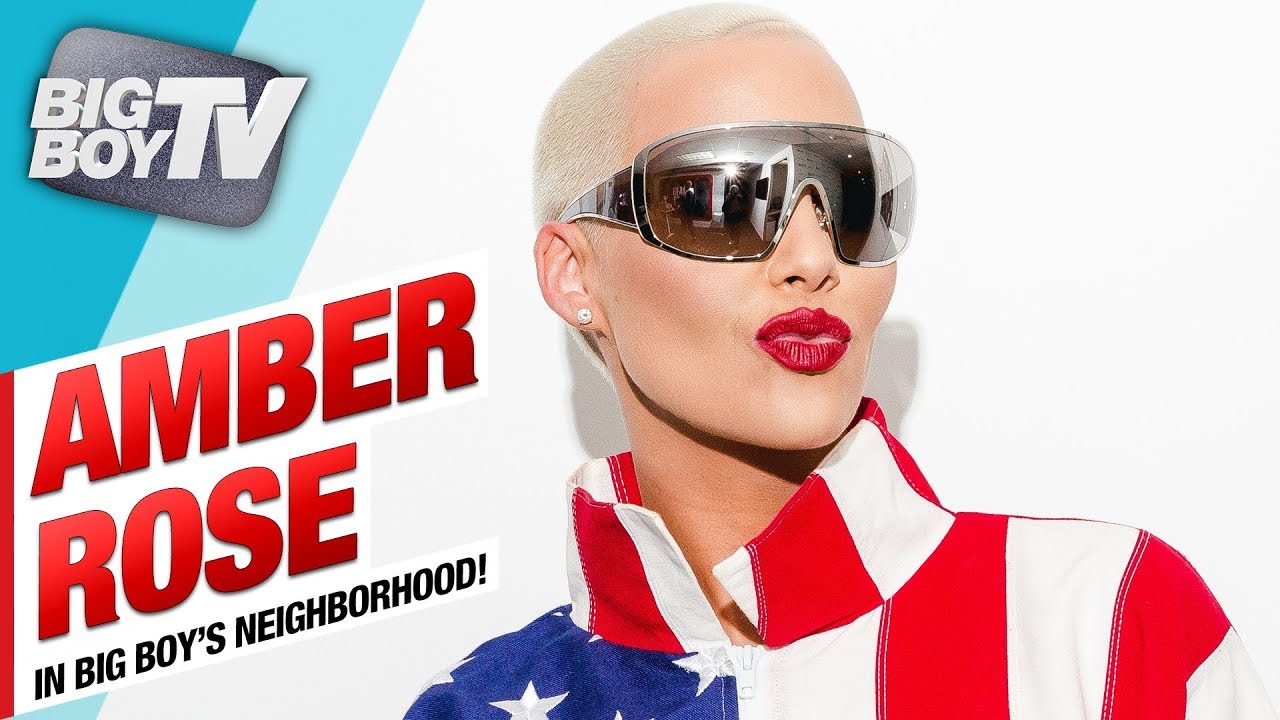 The couple appear to have parted ways.

Amber Rose appears to have confirmed that she has broken up with Atlanta rapper 21 Savage.

Despite recently denying strong rumours about the split, the model seemingly broke the news during an interview with Big Boy’s Neighborhood in the US.

19 Facts You Need To Know About 'Rockstar' Rapper 21 Savage

“I love him, I really love him, and I miss him, I think about him every day,” she admitted. “I can’t say that I’m single because, in my heart, I still love him.

“For me to say, I’m single means I want to go out and find something else, like I’m ready to mingle, and I’m not. My heart is still with him, so hopefully, we can work it out. If we can’t, the love is still there. Hopefully, we’ll be able to be friends.”

Rose then confirmed that they were going through a very “rough patch” but insisted that she hoped they would be able to reconcile and get back together.

“It’s just so fresh,” she added. “We’re having a rough patch, I guess you would say. It’s still very fresh. I can never sit up here and say I’m single [because] I don’t feel single. I was just with him, and I still love him.”

She also confirmed that although they have split, their children are still friends and the pair still talk “a little bit”. 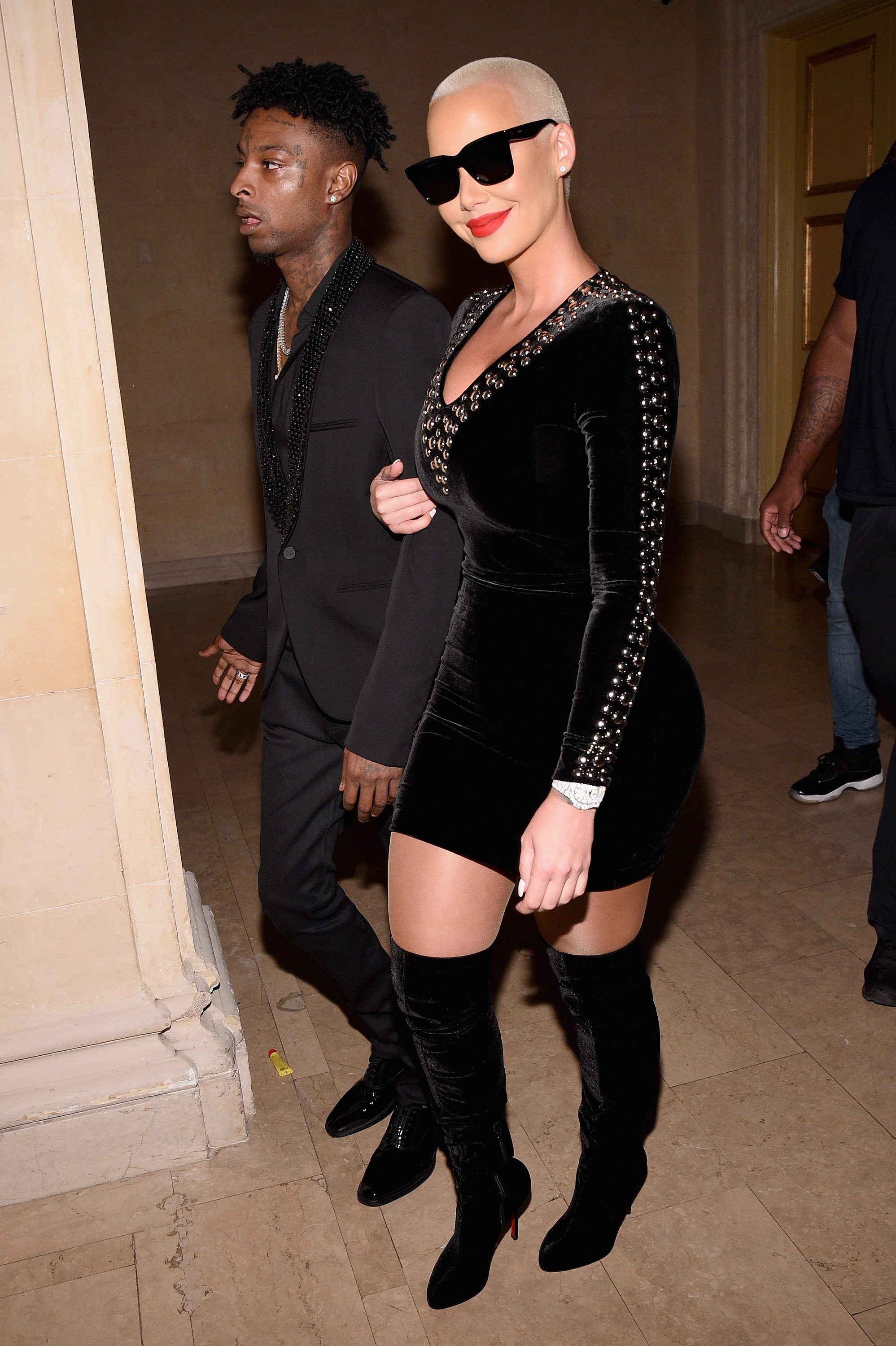 The model then opened up on how the price of fame weighed heavy on their year-long relationship.

“You have teams and people and everybody feeding y’all both stuff. You wind up arguing about stuff that you wouldn’t normally argue about as a normal person.”

During the interview she also addressed critics who were homophobic about her 5-year-old son because he was a fan of Taylor Swift.

Interestingly, Amber Rose appears to have deleted all the photos from her Instagram account and unfollowed everyone, following her interview. 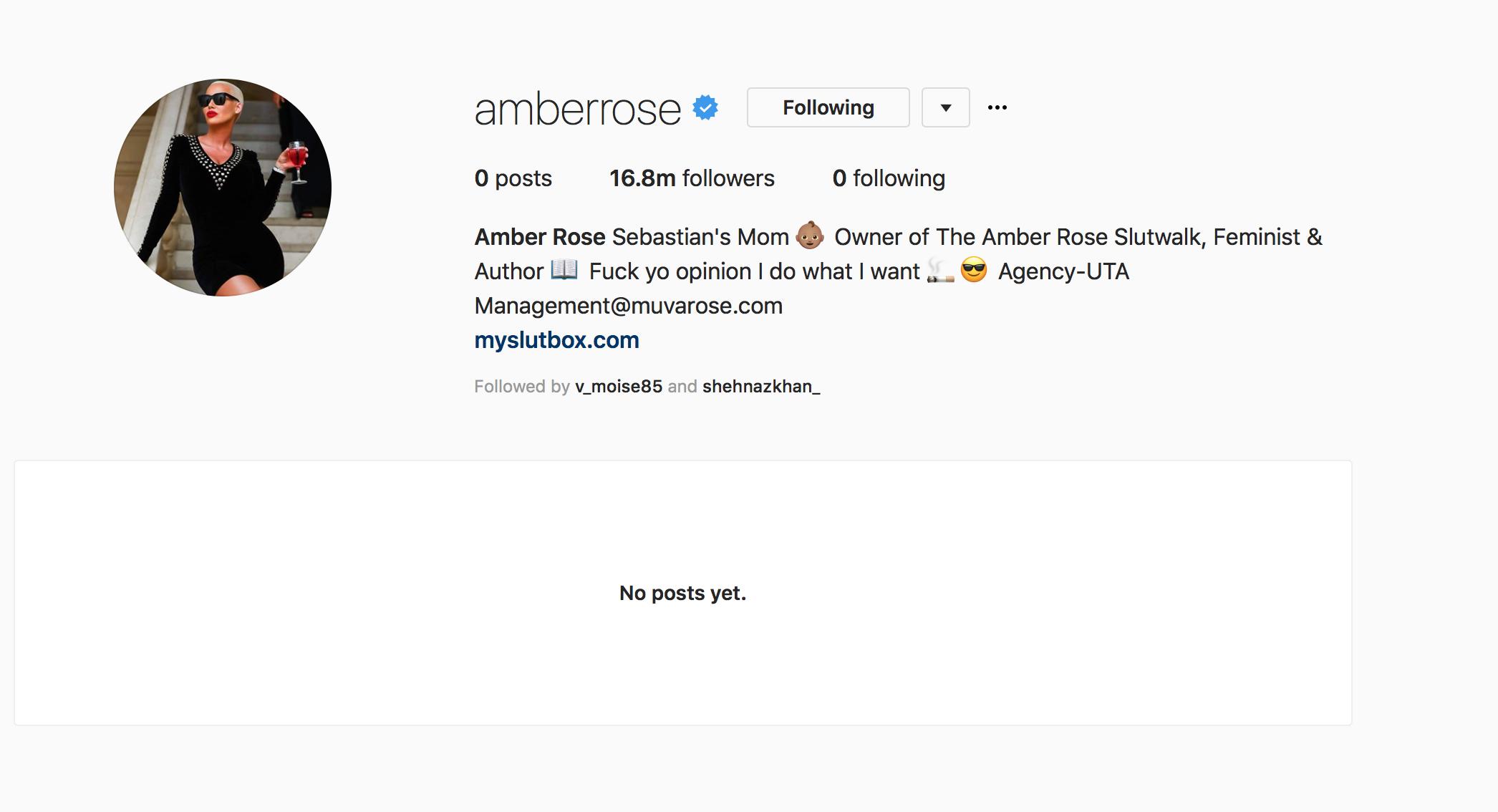