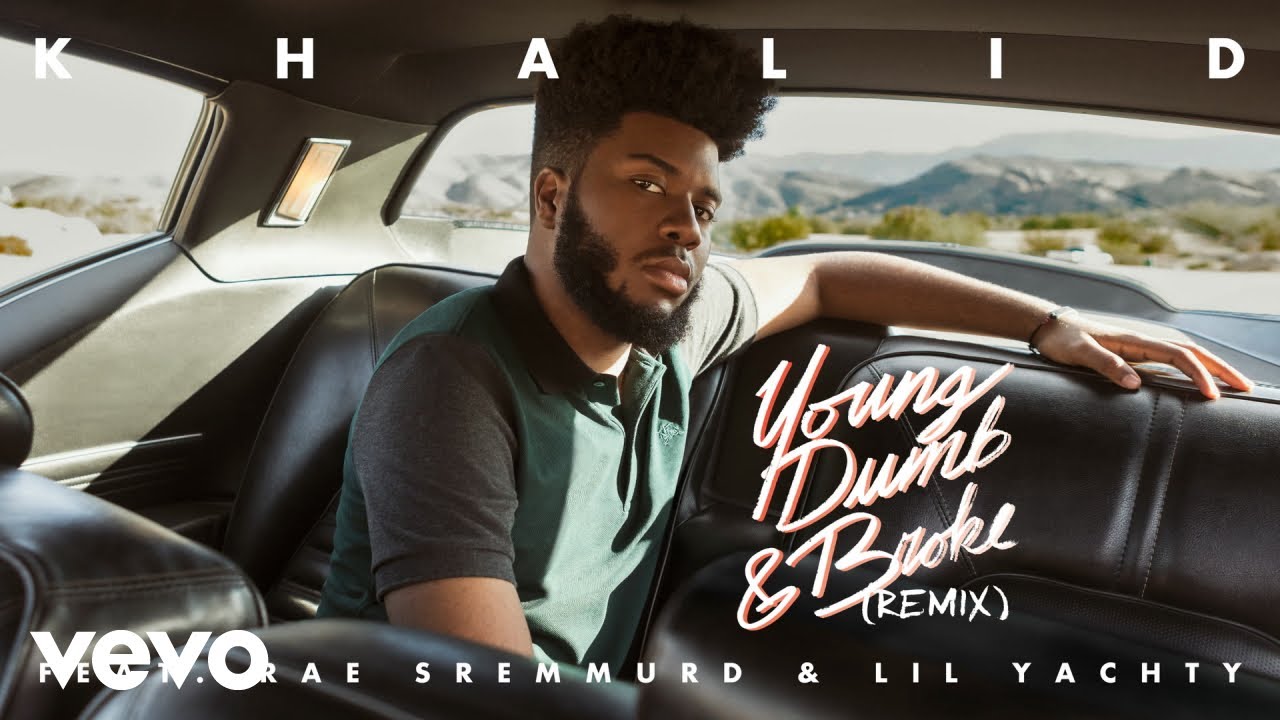 Four of Hip-Hop's rising stars in one song? Yes, please.

Khalid has linked up with Rae Sremmurd and Lil Yachty for the official remix of his hit song 'Young Dumb & Broke'.

"So you're still thinking of me / Just like I know you should / I can not give you everything, you know I wish I could" sings the El Paso native, before Swae Lee enters with his own vocal.

"And we're living it up, forget about sorrow / Party all night  / Same time tomorrow" croons Swae.

Slim Jxmmi soon brings his own fire as he delivers a verse after his brother.

"I know the last time that you see me I was broke / Pull up for my city, graduated blue and gold" spits Jxmmi.

Lastly, Lil Boat enters with some reflective final thoughts on the star-studded song.

"Back in high school Boat was so emotional / Now I'm super rich and everything I do is so promotional" he raps.

Meanwhile, Khalid is set to kick off his 25-date American Teen Tour on 12th July in Portland.