VOTE: Which NBA Player Has The Best Style? 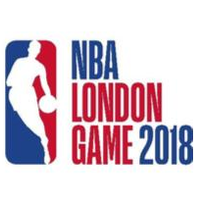 You decide which basketball star tops the fashion stakes.

NBA players are increasingly involved in fashion, from having their own fashion brands and personal stylists, to sitting front row at the world's most influential catwalks.

And while your favourite stars are easily spotted mid-match in their iconic jerseys, many of them are making names for themselves in the style stakes as well as on the court.

So it's time for you to decide who you think is the most fashionable NBA player right now.