This image appears in the gallery:
The 10 Biggest Hip Hop Beefs Of 2015 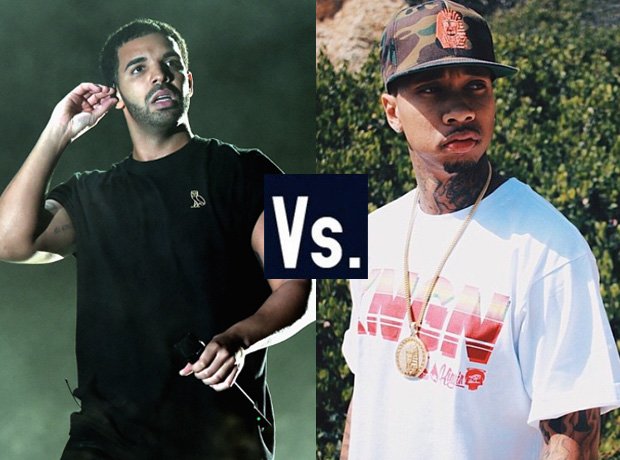 Things got interesting between the two Young Money rappers when Tyga called Drake “fake” in an interview with VIBE Magazine. Drizzy initially hit back by liking Tyga's ex-fiancee's pictures on Instagram. He then dropped a song called 6PM in New York, in which he dissed Tyga about his relationship with his teenage girlfriend Kylie Jenner. “You need to act your own age and not your girls age,” he rapped.