Nas gets in trouble on Hawaii Five-0.

This image appears in the gallery:
18 Times Your Favourite Artists Made Surprise TV Cameos 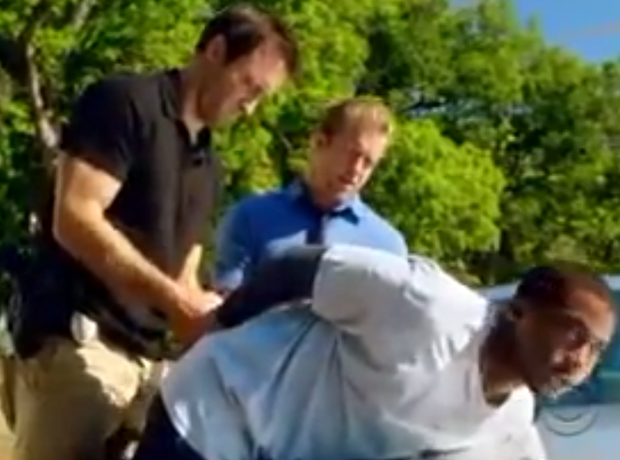 In 2010 Nas made a guest appearance on US crime drama Nas Hawaii Five-0 as Gordon Smith, a criminal who has violated his parole. As you can see from the picture, things didn't end well for Gordon. The role marks one of Nas' only credits as an actor whereby he isn't playing himself.