Rapper vs footballer: Who has connections in highest places?

This image appears in the gallery:
Rappers vs Footballers: Who Lives The More Lavish Lifestyle? 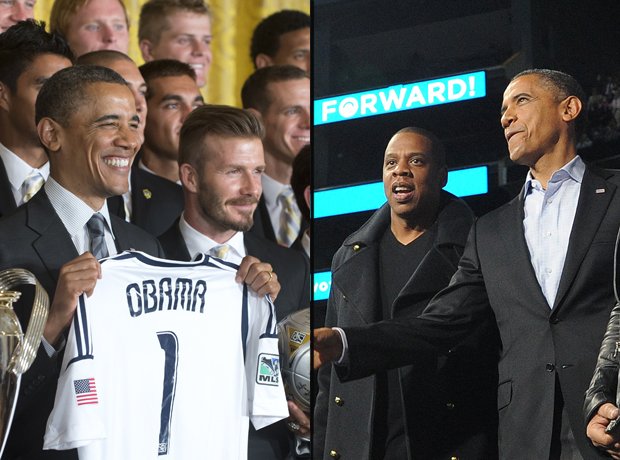 4. Rapper vs footballer: Who has connections in highest places?

You can't have friends in higher places than The White House – in fact, the White House's main man and most powerful man in the world Barack Obama. Jay Z is best buds with the pres, having been at his inauguration where wife Beyonce performed, and Beckham has met him at sporting events, but we doubt he has Barack's number in his phone. Jay Z wins this won for the rappers.

See the full gallery: Rappers vs Footballers: Who Lives The More Lavish Lifestyle?