5 Musicians Who Have Been Influenced By Aaliyah

Here are five music stars who have spoken about Aaliyah's impact on their music.

The R&B star died in August 2001 aged just 22, but her influence continues to impact present day music, so we thought we'd round-up five musicians who have spoken about Aaliyah's influence on their sound.

A young Rihanna picked out 'Are You That Somebody' as one of her favourite music videos and said that she admired the way the later singer injected personality into her videos. 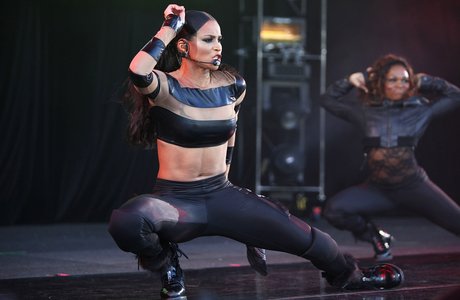 Often compared to Aaliyah, here's what Ciara had to say in an interview with Billboard.

"She was true to who she was and she didn't seem to care about it. The core of her art to me is heavily, heavily urban based. When an artist's music is so urban based, sometimes people like to take risks with artists like that. When you think about it, it really is pop, it really is cultural and that's the one thing that I thought was cool about her music. It never felt like she was trying to reach across or do anything more than just keep that cool, soulful, heavy urban core about it. It wasn't like she was trying to be anything more than who she was. I really respect that and I appreciate that."

Drake says that Aaliyah had the biggest influence and "most impact" on the music he creates, especially his decision to start singing.

In 2010, Alicia Keys revealed that one of her biggest hits 'If I Ain't Got You' was inspired by Aaliyah.

"The song idea came together right after Aaliyah passed away. It was such a sad time and no one wanted to believe it. It just made everything crystal clear to me -what matters, and what doesn't."

"I feel like every boy my age at that time - middle school age - was in love with Aaliyah."

And here's the incredible 'Try Again'