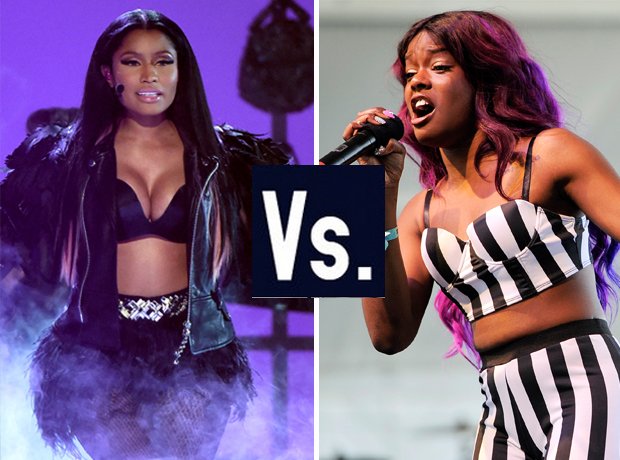 This beef is really one sided - unsurprisingly, it was Banks who fired shots. Upon the announcement of the 2015 BET Awards nominations, which saw both Nicki and Azealia nominated for 'Best Female Hip Hop Artist,' the '212' singer took to Twitter to throw shade. "The female rap award goes to Nicki every year, it's not even a real award anymore lol it's a running joke," she said, continuing; "They should just nominate Nicki five times with five different wigs on and pick the best picture."