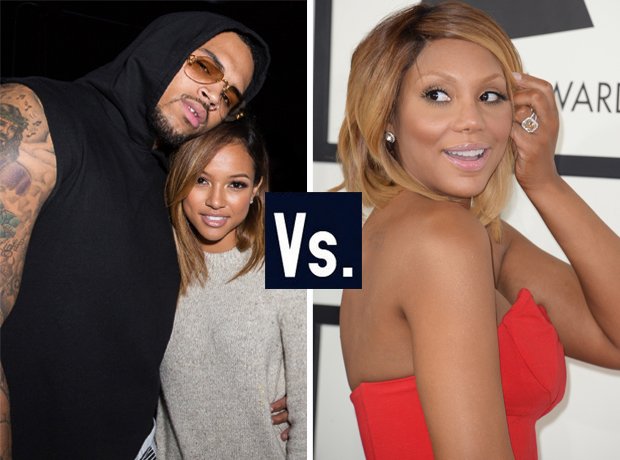 Chris Brown and his girlfriend Karrueche have hit out at Tamar Braxton after she and her co-presenters said some nasty comments about them on a US TV show, commenting that Chris Brown was bad for Karrueche. Breezy must of been tuned in because he posted a ton of abuse on Instagram, writing to Tamar; "U take the role of the ugly sister. It’s always the people wit no career that talk all the s**t." Tamar responded with an apology, but said "I will not tolerate your disrespect."