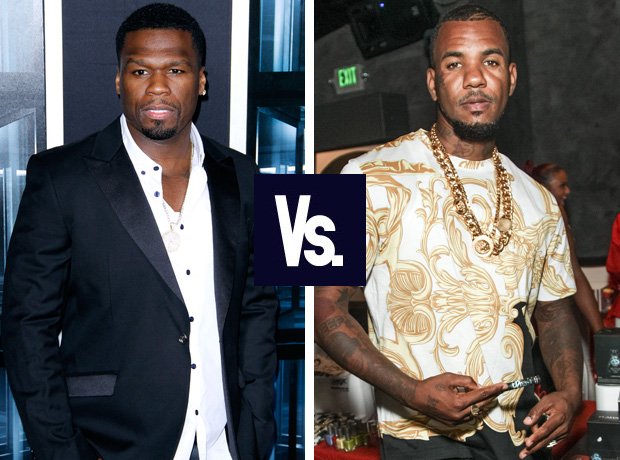 One time friends, 50 Cent and The Game began going head to head with each other after The Game said on his debut album 'The Documentary' that he did not want to be involved in G-Unit's feuds with other rappers. It prompted 50 to drop The Game from the Unit on live radio, sparking a flurry of diss tracks between both rappers. Things died down in 2006 but started up again five years later when 50 dropped the track 'Love, Hate, Love', in which he called out The Game.