This image appears in the gallery:
13 Of Hip-Hop's Most Charitable Moments 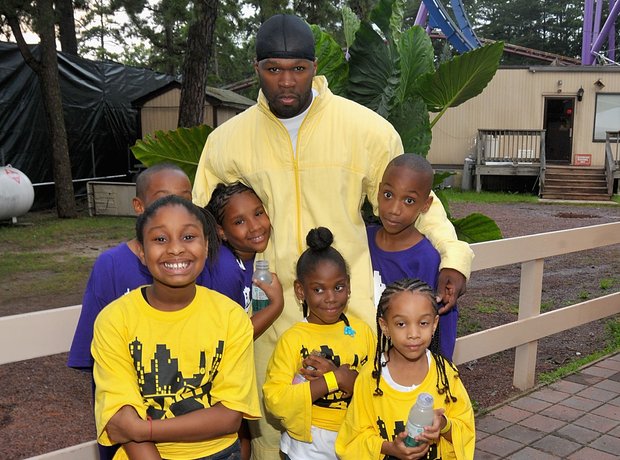 Sometimes it's the people who came from the least who give the most. In 50 Cent's case, that's certainly true. The rapper set up his own charity called G-Unity foundation, which focuses mainly on the academic enrichment of children and has donated proceeds from his successful business' including SMS Audio headphones to feed the hungry. The photo on the left shows 50 with kids from G-Unity before a charity concert he held. Picture: Getty

See the full gallery: 13 Of Hip-Hop's Most Charitable Moments