Why Are All Hip Hop Artists So Obsessed With Hoverboards (Or Whatever They're Called)?

In case you haven't noticed (you've definitely noticed), Hip Hop artists appear to have collectively decided to put an end to a tradition that has served humanity perfectly well for thousands of years now.

Whilst the majority of us are stuck using such an ancient mode of transport (putting one foot in front of the other is so last year), artists such as Chris Brown, Tyga and Wiz Khalifa are now 'rolling' places, on what people are calling (rightly or wrongly) 'hoverboards.'

So, our question is this...

Where has the 'hoverboard' phenomenon come from and why is the entire Hip Hop community so obsessed with it?

John Legend has one.

Thanks @phunkeeduck! My nephews are already scheming to take this from Uncle Johnny

Fetty Wap has one.

Migos have four custom gold ones.

We could go on but you get the point. Everyone on your Instagram feed has a hoverboard-segway-wheely-thing.

But there is no consensus on what they're actually called.

i want a hoverboard/segway whatever it's called

I need me a hoverboard Segway or whatever the hell its called.

That hoverboard thing or whatever it's called seems fun.

This is not called a hoverboard pic.twitter.com/9gGpwlQjch

I want one of those hover board wheely things. You know what I mean?

This ends now. Until someone comes up with a better solution, we're calling it a hoverboard.

It’s interesting how upset people get when you call it a hoverboard, but then all give different answers as to what it actually is called XD

There are many benefits to owning a hoverboard.

Wiz Khalifa uses one to do his weekly shop...

Nicki uses one to keep up with Meek...

And Tyga uses one to escape from his son...

Repost by @kinggoldchains "ha" thanks for the post! #getphunkee #repost

But be warned, the first time you try it you will look the most awkward you've possibly ever looked in your life.

Thank you so much @iamjamiefoxx and @jimmyfallon for featuring the @phunkeeduck on @fallontonight !! #getphunkee #fallon #foxx #tonightshow

Then you'll pick it up and get really cocky and it will all go wrong.

But once you do master it the possibilities are endless...

Look at the moves Chris Brown is capable of dropping on a hoverboard.

He's no Chris Brown but even Rick Ross is using them in his music videos.

But not everyone likes hoverboards. Wiz Khalifa was recently arrested for riding one through an airport.

All because I didn't want to ditch the technogy everyone will be using in the next 6 months. Do what you want kids. pic.twitter.com/7F0KIQgFrA

He feels very strongly about the future of hoverboards.

What's even funnier than them not bein able to do shit is they'll be riding them soon as well. Maybe ones I design. https://t.co/ITTewi2NzZ

"I stand for out generation and our generation is gonna be riding hoverboards," he added.

So how much will one of these hoverboards set you back? 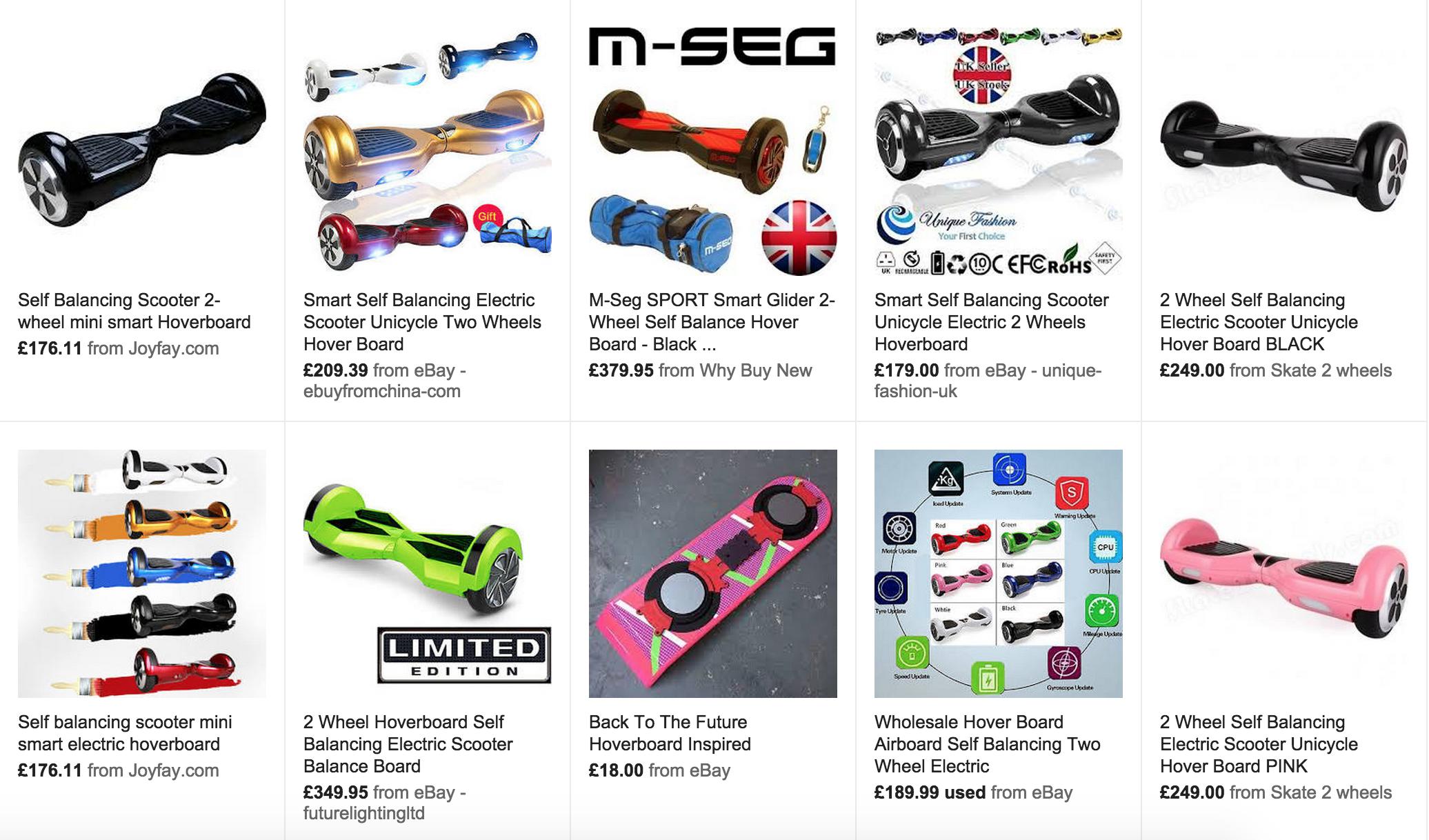 Or there is an alternative...

This is the future people!