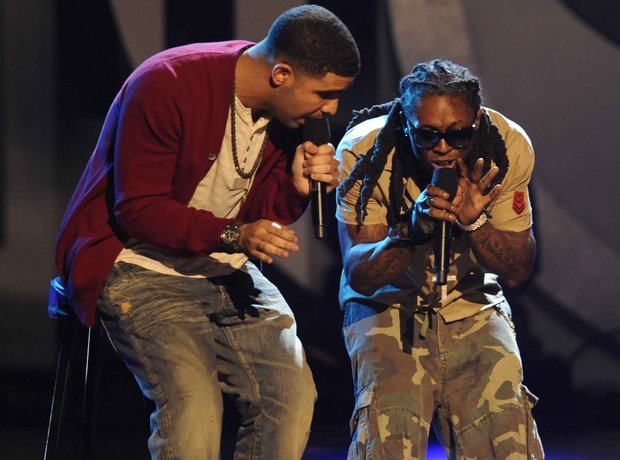 When Drake left his acting career behind in favour for the life of a rap star, a bidding war began between labels. But Drizzy chose Lil' Wayne's Young Money and has stayed loyal ever since. The two met on November 18th - a date which Drake later recalls in the song of the same name. Drake has rapped about Lil' Wayne being a mentor in the early stages of his career, providing everything he wanted for him.