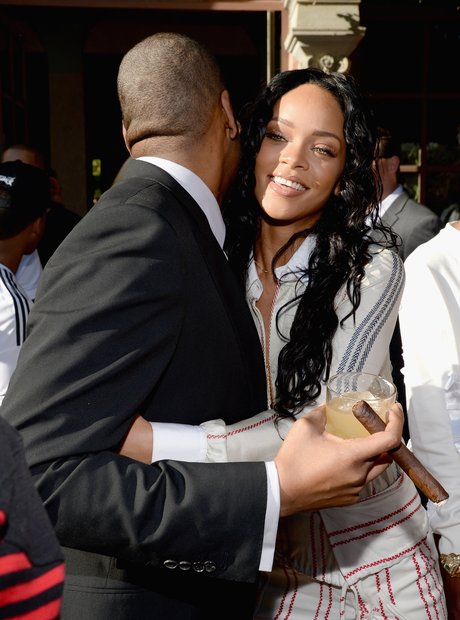 Rih has said that when she met and sung for the then president of Def Jam, Jay Z, he wouldn't let her leave the room until she signed on the dotted line. Since that moment Jay mentored the young singer, so much so that when Hov left Def Jam to run his own Roc Nation label, Rihanna followed a year later.