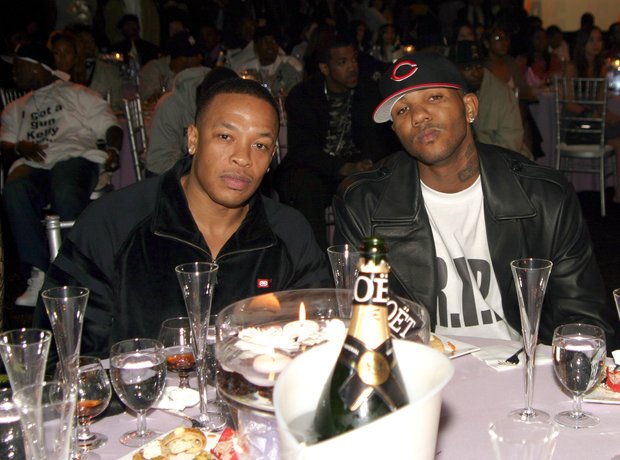 He may have been a part of G Unit (although a lot has happened since then!) but it was not 50 Cent that put him there. Dre signed The Game and put him in G Unit to help create a buzz around the new rapper that no one had heard of. Although his time in the group was short lived, his relationship with Dre wasn't. The two spent two and a half years together crafting Game's debut album. Picture: Getty