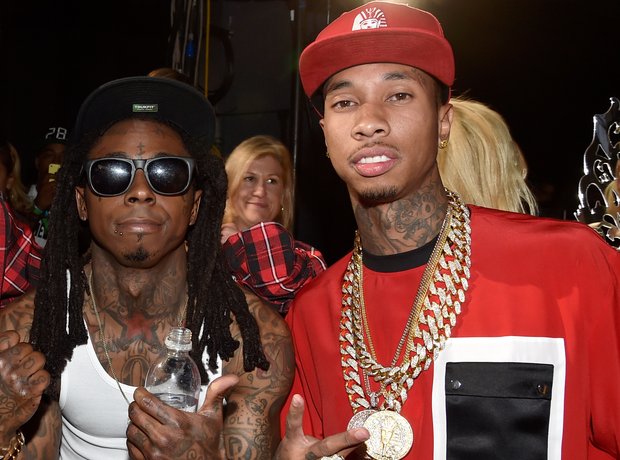 At the 2007 MTV Music Video Awards, Kanye West was supposed to perform but dropped out at the last minute, leaving Tyga to fill his spot and get Lil' Wayne's attention. The two did some work together and Tyga toured with Wayne, eventually releasing his debut album on Lil' Wayne's Young Money label. Picture: Getty