The 29-year-old crooner debuted his new look at the Toronto Film Festival for the premiere of crime thriller 'Uncut Gems', his first red carpet appearance since his split with Bella Hadid.

The Weeknd shocked fans this week by debuting his new look on the red carpet - and he looks almost unrecognisable.

Making his first red carpet appearance since his split with Bella Hadid, the 29-year-old 'Starboy' singer stepped out at the premiere of crime thriller 'Uncut Gems', in which he plays himself.

The Weeknd New Album 2019: Release Date, Songs, Tracklist & Everything You Need To Know

The Weeknd, real name Abel Tesfaye, was seen rocking a moustache-with-no-beard look and a longer hairstyle that usual, which soon fans by surprise.

Abel himself took to Twitter to share a couple of images of himself at the premiere, which saw him reunite with his fellow cast members at the Toronto Film Festival.

Meanwhile, fans took to social media to discuss Abel's new look, which has changed multiple times throughout his career.

"The Weeknd? My mans out here looking like el fin de semana," wrote one. "This brah went from The Weeknd to The Sunday Afternoon," wrote another.

"The Weeknd just turned into Nacho Libre," commented one fan. "The Weeknd out here giving me Lionel Richie “All night long” vibes," wrote another.

my brain literally won’t let me accept that this is the weeknd pic.twitter.com/tdGi94cFwl

Back in August, it was reported that Abel and on-off girlfriend Bella has called it quits once again due to their clashing schedules, with "distance" playing a big part in their decision to separate.

The singer is working on his sixth, and so far untitled, studio album. Last month, he tweeted a picture of himself with the caption, "album mode full effect," suggesting the process is in full swing. 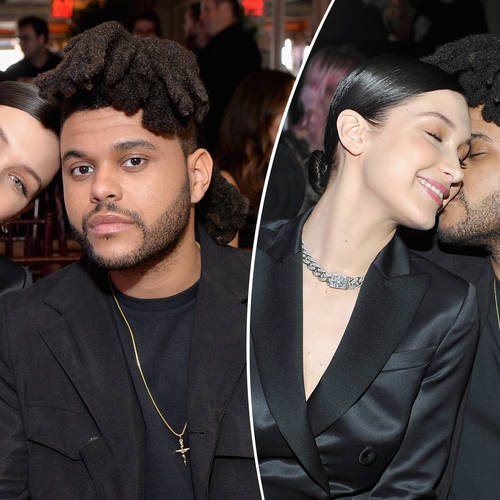