The rapper took over Oxford Street to give out free pairs of his new adidas EQT trainers.

Stormzy took over one of London's iconic double decker buses to promote his new collaboration with Adidas on their new EQT collection.

Taking the custom-designed vehicle to the streets of London, the Grime MC treated 40 lucky fans to a tour his home city in celebration of the new F/W17 campaign. 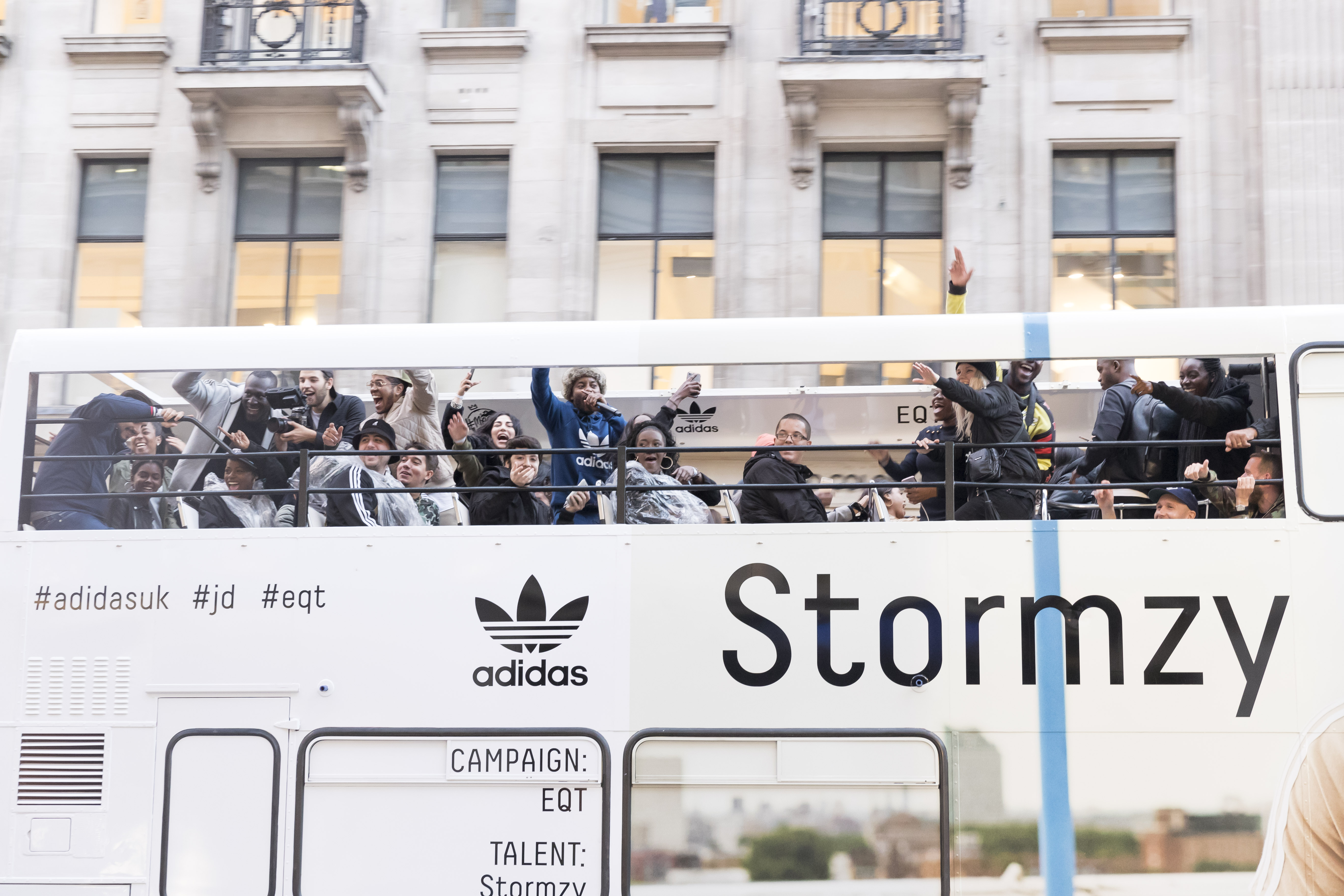 Hosted by our very own Manny Norte, the journey started in South London with Stormzy boarding the bus at the Brixton Academy, a venue that he performed three sold-out shows in earlier this year.

The bus then made its way across London, over Tower Bridge and through Trafalgar Square before bringing Oxford Street to a standstill after making a stop at its JD Sports store to pick up fresh adidas EQT kicks for fans. 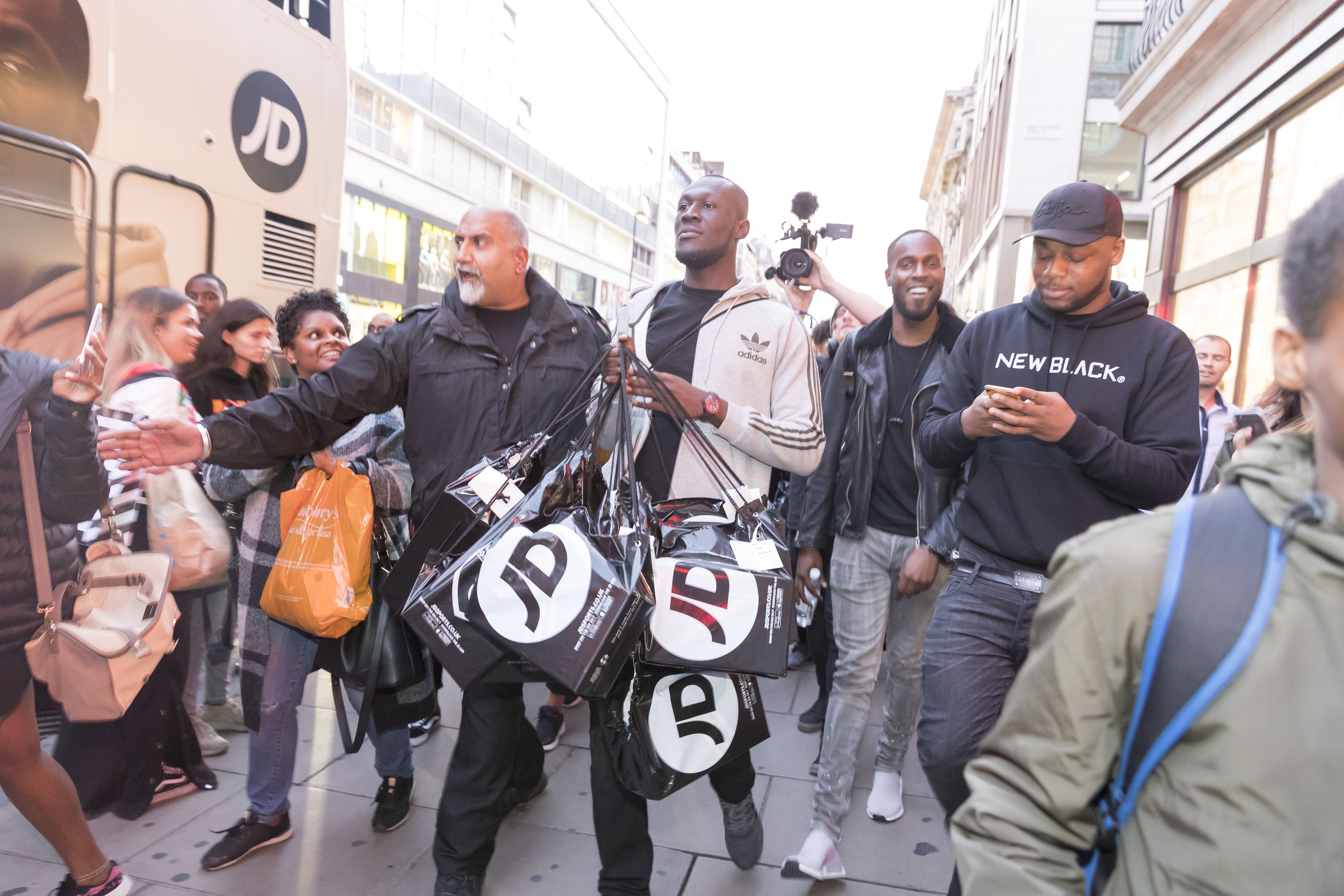 The journey later saw Stormzy take to the mic alongside special guests Grime MC Chip, and comedians Mo The Comedian and Michael Dapaah.

The final destination for the bus was The Postal Museum, where Stormzy surprised hundreds of fans with an intimate gig, performing all of his best loved tracks. 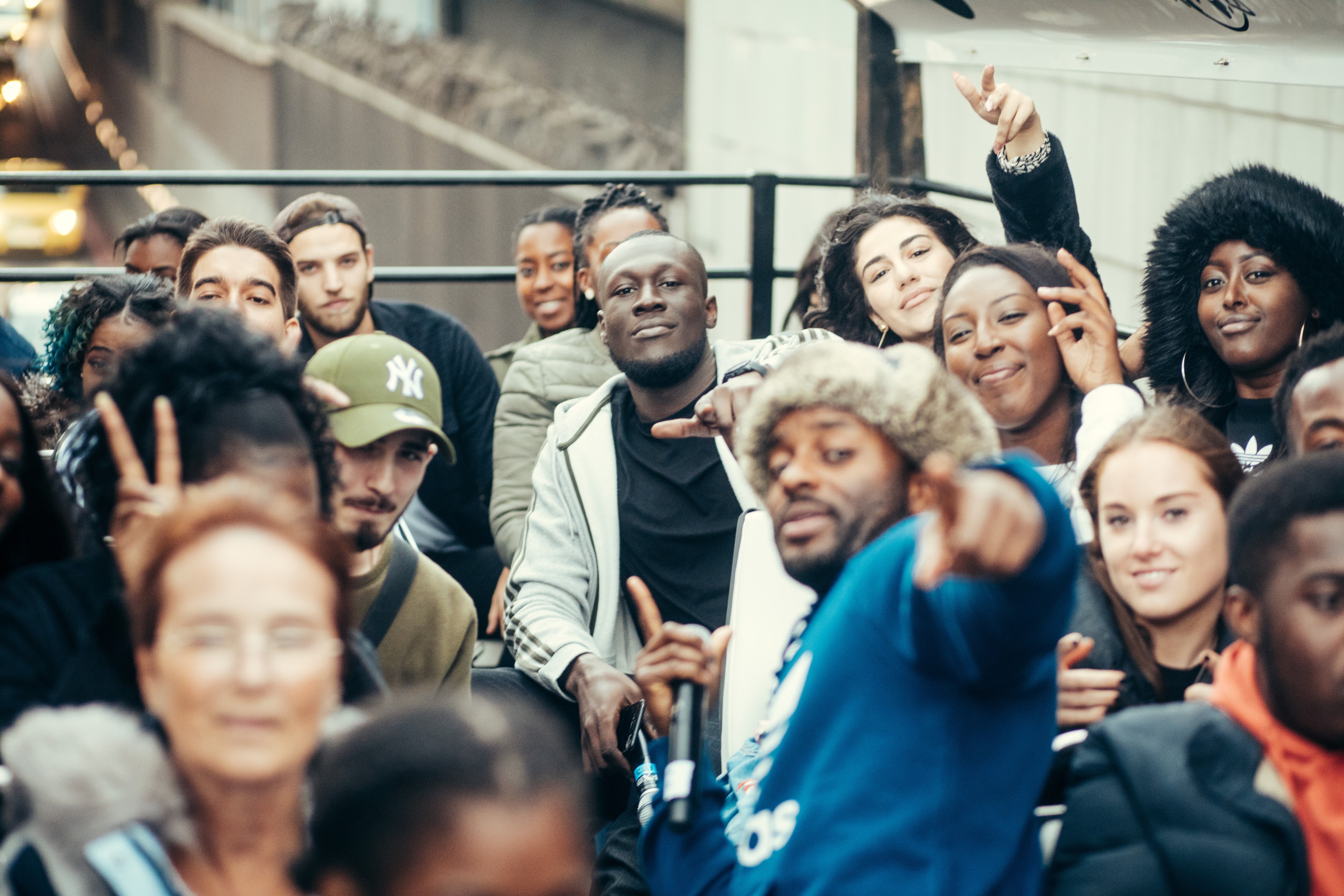 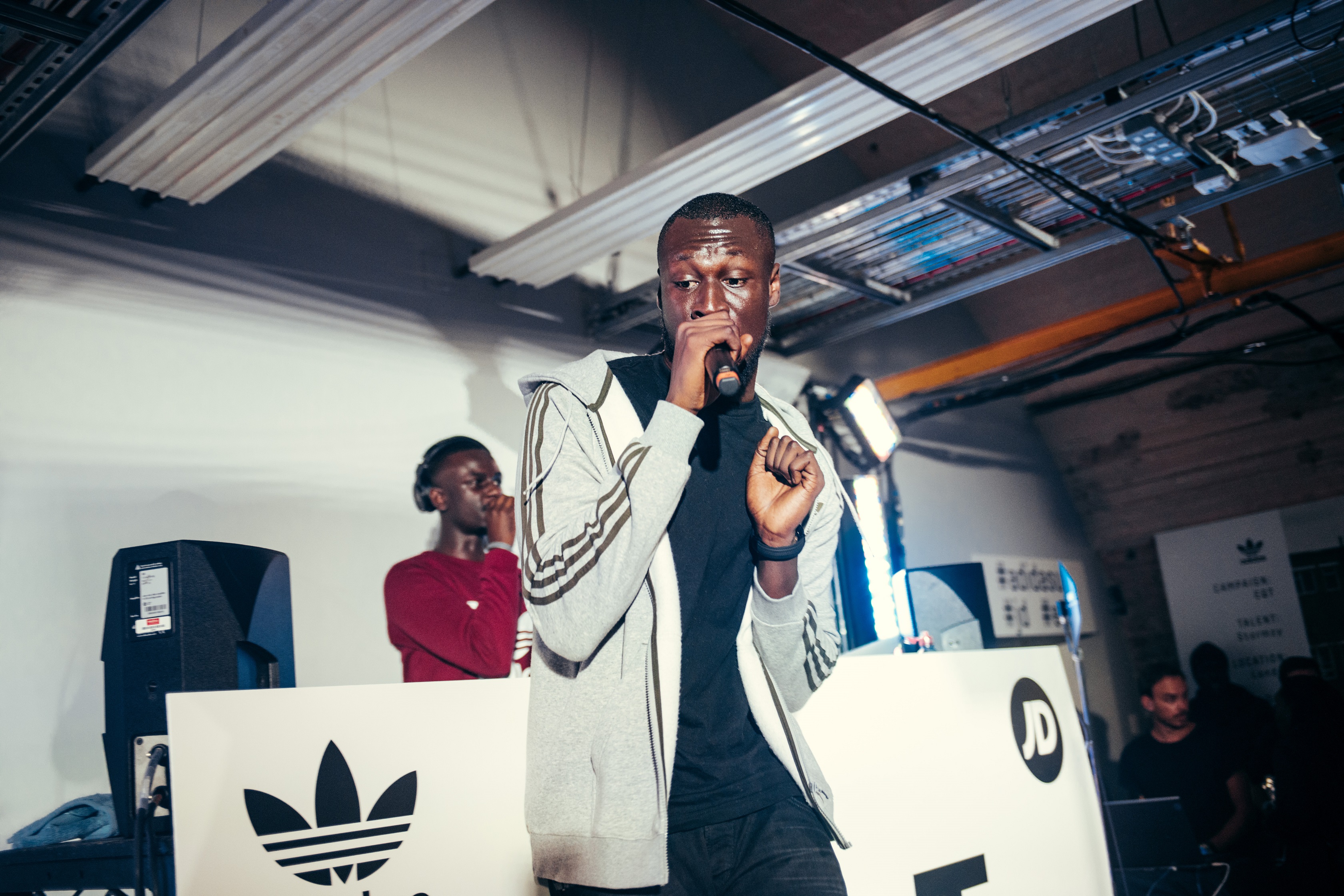 On the campaign, Stormzy said: "I love my fans and love my city, so I wanted to bring the two together."

"The EQT campaign is all about street style, so we shut down London’s streets with some of my biggest supporters and closest friends. Big up adidas and JD Sports for a crazy day!"

Fans shared footage of the day's events in appreciation for the rapper, who also took to Twitter to thank his followers for their support.

Today was crazy big up all the supporters that came down we had a very very sick time thank you #jd #eqt #adidasuk pic.twitter.com/wLLyky9f6m

And @OfficialChip even dropped in on the #Merky bus @Stormzy1 #EQT pic.twitter.com/GnSA2YcHyW

@Stormzy1 is the biggest gee ever, he made a free event for us, performed, had a free bar, brought us pizza, was chilling with us! god bless

The adidas EQT Fall/Winter 2017 collection is available now at JDSports.