This image appears in the gallery:
Naomi Campbell: Everything You Need To Know About Skepta’s Rumoured Girlfriend 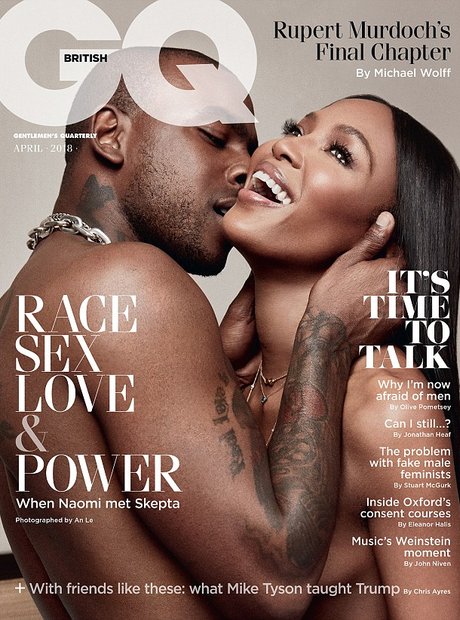 Naomi was first romantically linked to British Grime MC Skepta in October 2017, and have since allegedly shared a string of dates after being introduced by mutual friends. In February 2018, the pair appeared to confirm their romance after gracing the cover of British GQ. Naomi can be seen wearing underwear from Skepta's 'Mains' clothing line in some of the intimate images. Picture: GQ

See the full gallery: Naomi Campbell: Everything You Need To Know About Skepta’s Rumoured Girlfriend