Rih is re-releasing her Puma by Rihanna trainers, this time round with mens sizes.

Rihanna has announced that her sell-out Puma creeper sneakers are getting a re-release today (20th November).

Not only will there be a re-stock of the original sell-out trainers, but they will also be available in three new colourways, including all-white with a gum sole, pink and green with gum sole and dark and light blue. 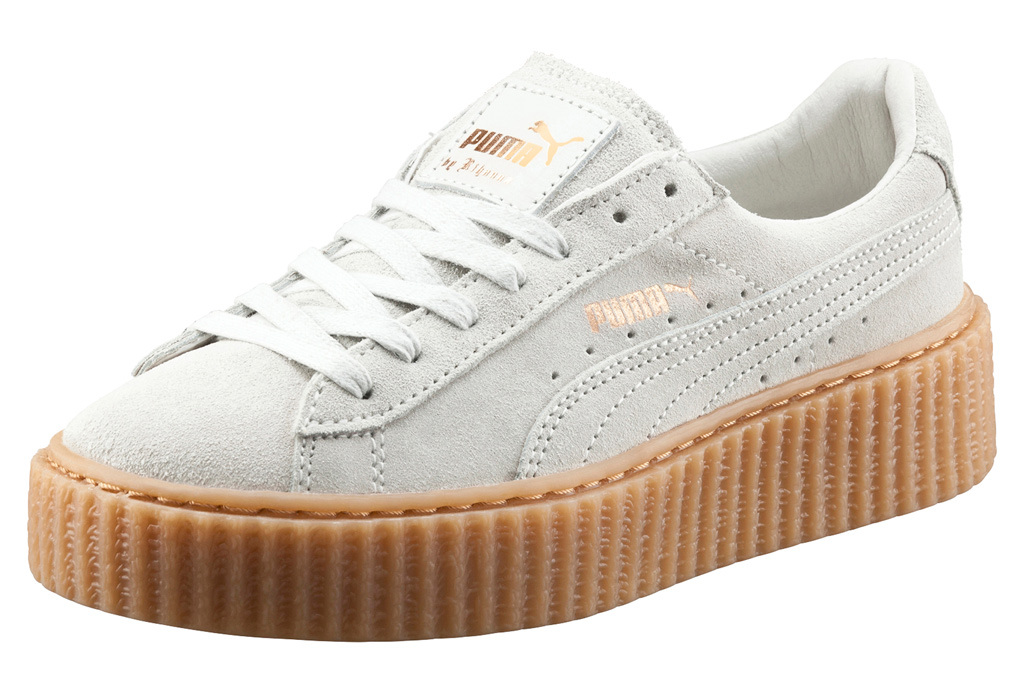 Puma by Rihanna Creepers in all-white with a gum sole.

Announcing the news on her Instagram page, Rihanna also dropped the well received news that the Creepers will now be available in men's sizes in three colours.

She celebrated by posting new images and videos of herself and rumoured boyfriend Travis Scott in an ad-campaign for the collection.

It's time to Rih-up on #THECREEPER New color ways for my Ladies!! And finally MENS SIZES will be available in 3 colors!!!