Rihanna Drops New Music Hints After Being Asked By Fans

Rihanna has dropped hints that she is preparing to release new music after an exchange with her fans on Instagram.

The ‘Diamonds’ singer, who is currently promoting her new lingerie range Savage X Fenty, broke her silence about new music after being asked by frustrated fans.

After one fan commented, “we want Fenty Music” under one of her posts on Instagram, Rihanna replied: “she coming sis!” 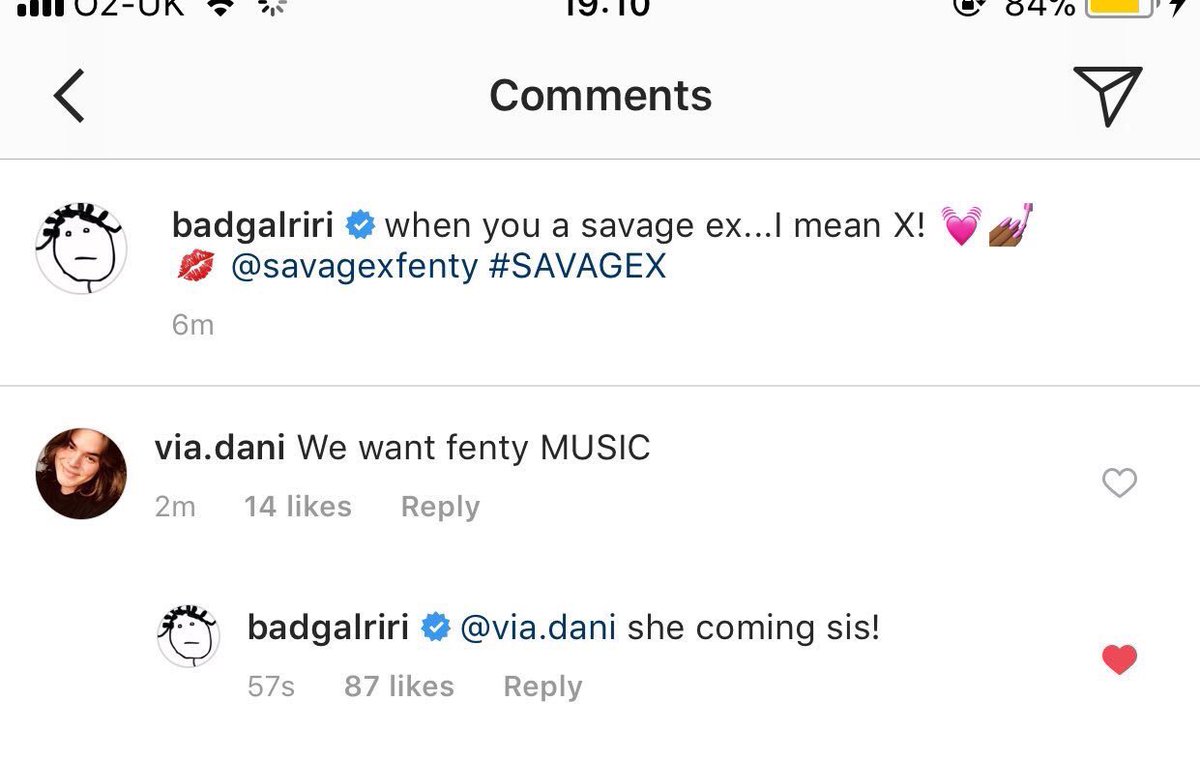 Another fan then asked the Bajan singer about the possibility of new music, asking: “did you forget about your music career?”

Rihanna then replied: “How! Y’all would never let me Lolol.”

This news follows widespread reports that Rihanna was working on two new albums.

A source told Metro that Rihanna wants to separate her music into pop songs and experimental music.

They said she was making “one full of chart-friendly songs, and another made up of moody and experimental tracks."

Rihanna released her latest album ‘ANTI’ back in January 2016, featuring songs such as ‘Work’ and “Needed Me’.