The singer's outfit sparked outrage among some.

The Bajan songstress turned heads in her custom-made jewel-encrusted ensemble, a creation of designer John Galliano, which also featured crosses and an ornate papal mitre headdress. 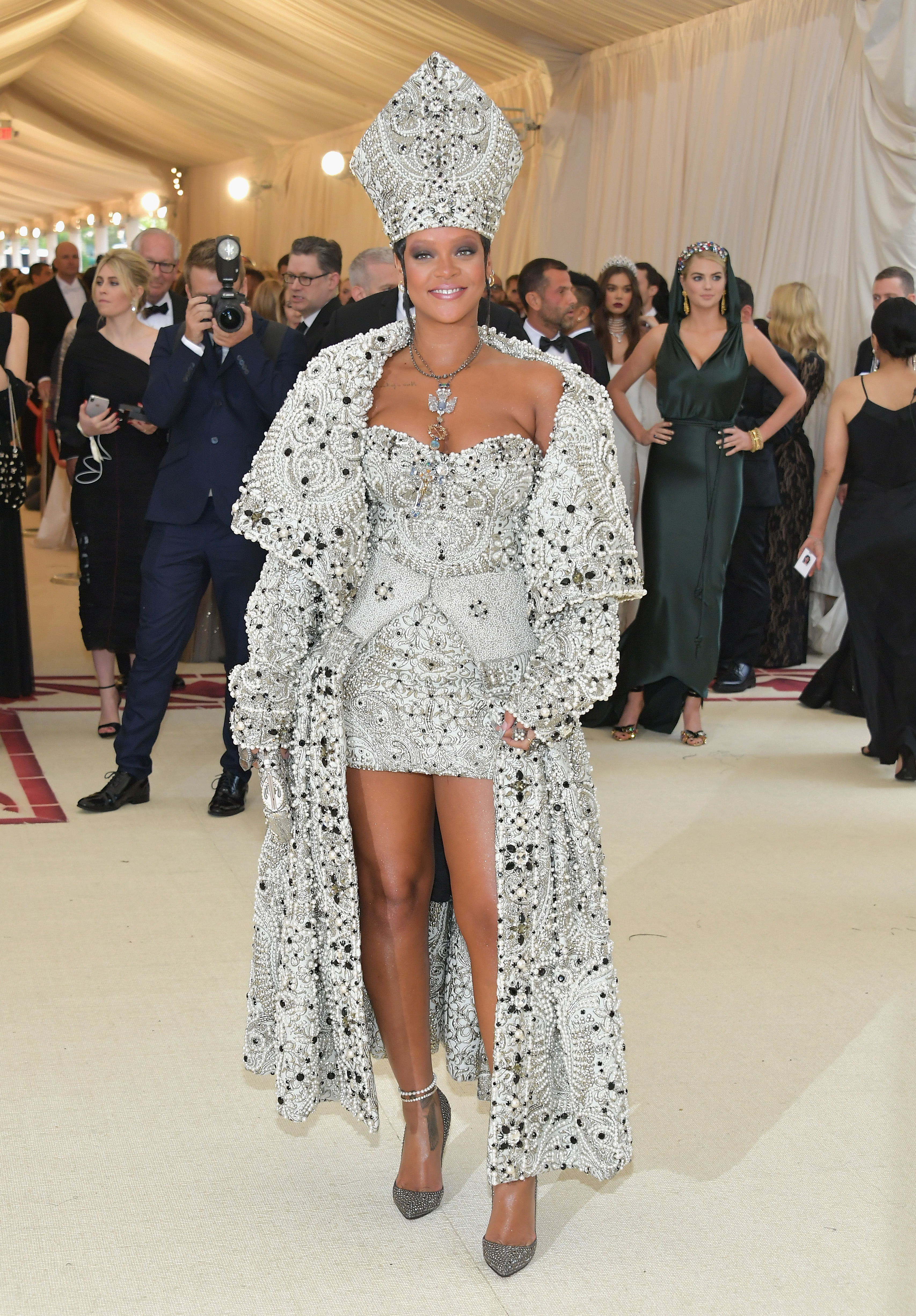 And while she garnered praise from many for adhering precisely to the theme of "Heavenly Bodies: Fashion and the Catholic Imagination", the dress offended others.

"As a practicing Catholic, this is offensive to me," wrote one user, "My Faith is not your fashion." Another added, "Very offensive dress do not like it! Appropriating religious ritual dressings!"

As a practicing Catholic, this is offensive to me. My Faith is not your fashion.

Wow @rihanna is serving appropriated looks hunney! The insensitivity tho.... Like so many other looks meet the theme without being offensive, but by wearing the Papal Mitre? Really?

So I guess it’s ok to use Catholicism as a costume for Rihanna? This is beyond offensive!!!!

Very offensive dress do not like it! Appropriating religious ritual dressings!

I find it offensive too. I respect all religions and I could never wear an object of another person’s religion unless I was doing an activity within their place of worship.

However, many fans jumped to the singer's defence following the backlash, arguing that the costume was not a symbol of cultural appropriation.

In addition, some pointed out that the Catholic church reportedly approved of this year's theme and even donated a number items from the Vatican for the event.

"I’m Catholic and I don’t think Rihanna’s outfit was offensive" commented one user.

Yep no problem, "cultural appropriation" is only possible in the truly negative sense when practiced by those in power over those they appropriate from. Rihanna from Barbados is not subjugating the insanely powerful Catholic Church so it's fine https://t.co/YUESPhnSoO

Also: THE VATICAN CONTRIBUTED TO THE EVENT AND THE ARCHBISHOP OF NEW YORK ATTENDED, SO CLEARLY THE CHURCH WAS DOWN WITH IT

Rihanna is yet to respond to the controversy.

Meanwhile, the Fenty Beauty entrepreneur recently divulged details of her upcoming ninth album, which is rumoured to drop later this year.