Rihanna was living her best life during her performance at Kendrick Lamar's TDE annual holiday concert this week.

The Bajan beauty joined the rapper on stage for a surprise performance of their collaboration 'Loyalty' before breaking out a few of her own tunes.

Looking stunning in an all-white ensemble, RiRi teamed up with Kenny to play a rendition of N.E.R.D.'s 'Lemon' as well as her DJ Khaled summer smash 'Wild Thoughts'.

Attendees were encouraged to bring donations for the concert, and anyone who brought an unwrapped gift for a child received free admission. 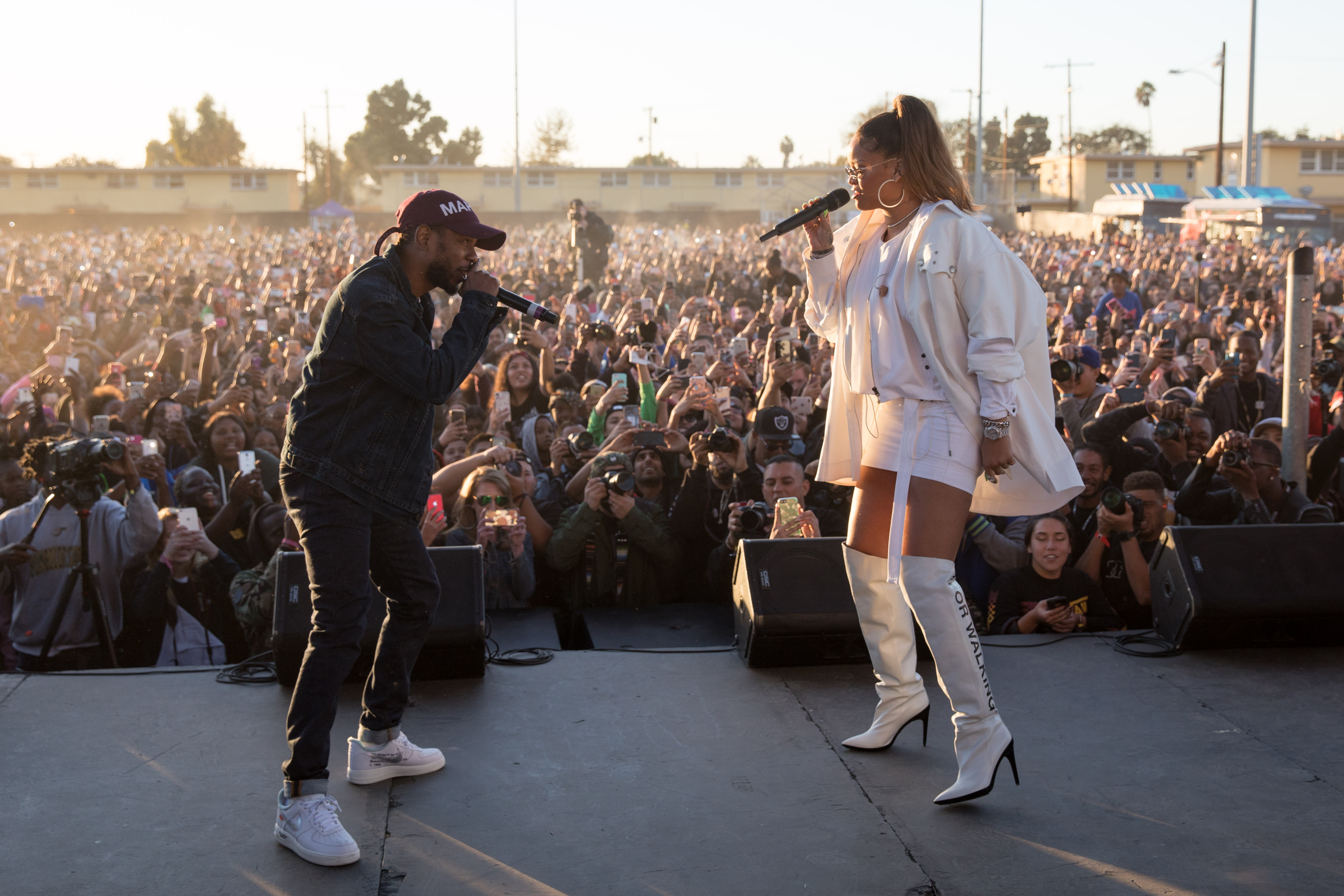