Rihanna Spotted In London With Rumoured Boyfriend Ahead Of V Festival

Is RiRi set for a surprise V Festival appearance?

Rihanna has been spotted in London with her rumoured billionaire boyfriend ahead of this weekend’s V Festival.

RiRi attempted to cover her identity as she slipped out of the restaurant but was spotted wearing a dress, with black hoody and gold heels. 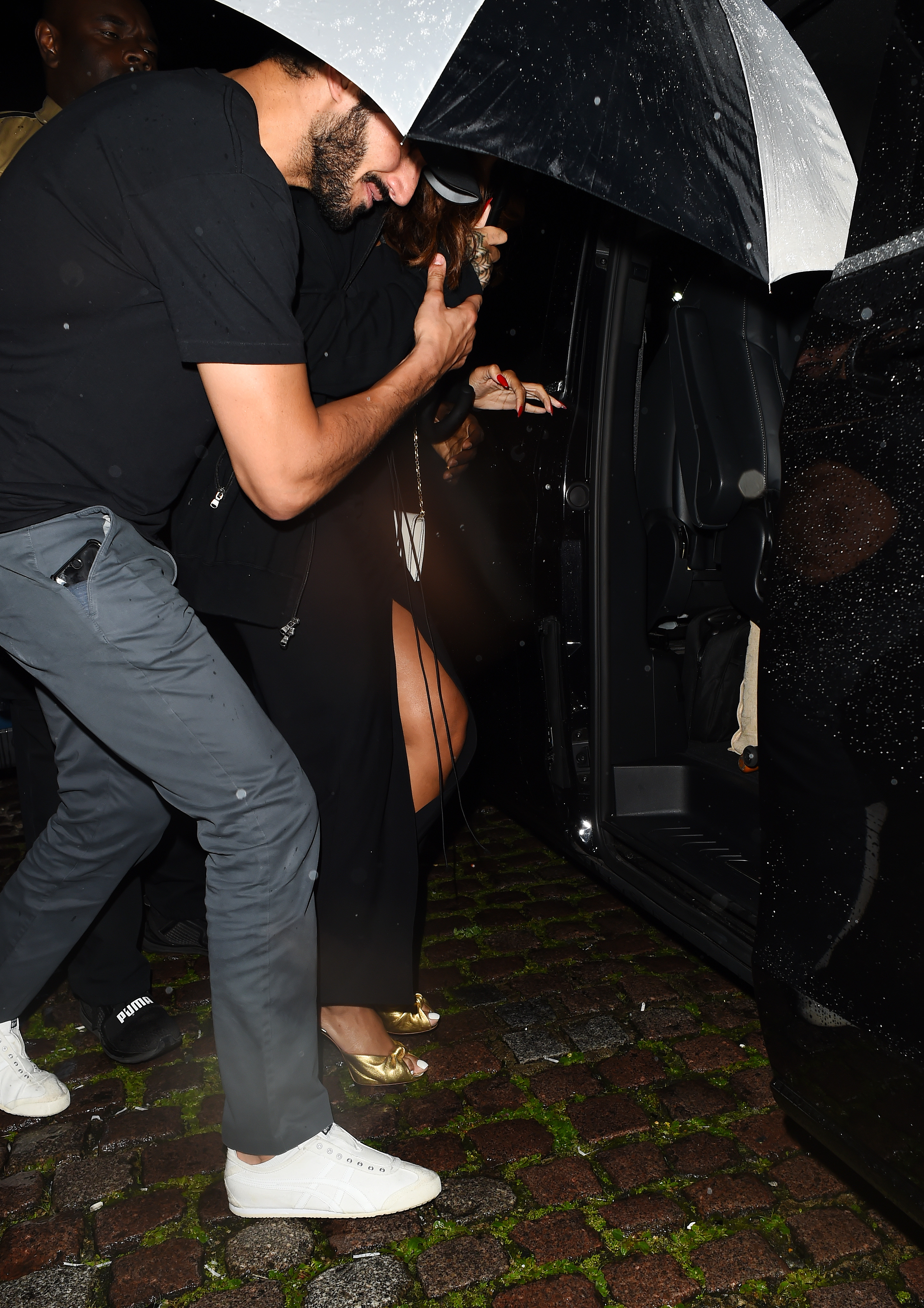 The pair, who appeared to be on a date night, rushed through the rain into a waiting car together.

Rihanna and Jameel reportedly kept their relationship a secret for almost six months before they were pictured kissing in Spain.

Meanwhile, Rihanna may be planning to make a surprise appearance at V Festival this weekend.

The singer, who performed at V Festival last year, could potentially appear during JAY-Z’s headline sets in Chelmsford and Staffordshire.