Watch Pharrell perform 'Blurred Lines,' 'Frontin' and more as the legends join him on stage.

Pharrell fans be ready, the 'Happy' singer has dropped a twenty minute medley of some of his biggest his during an NBA All-Star Game on the weekend, and called in his friends and past collaborators P Diddy, Nelly, Busta Rhymes and Snoop Dogg for the occasion.

The crowd went wild as Skateboard P began singing hit summer hit 'Blurred Lines' and the excitement was taken up a notch further when the intro to his 2003 hit, and possibly still one of his most recognisable tunes 'Frontin' began playing. 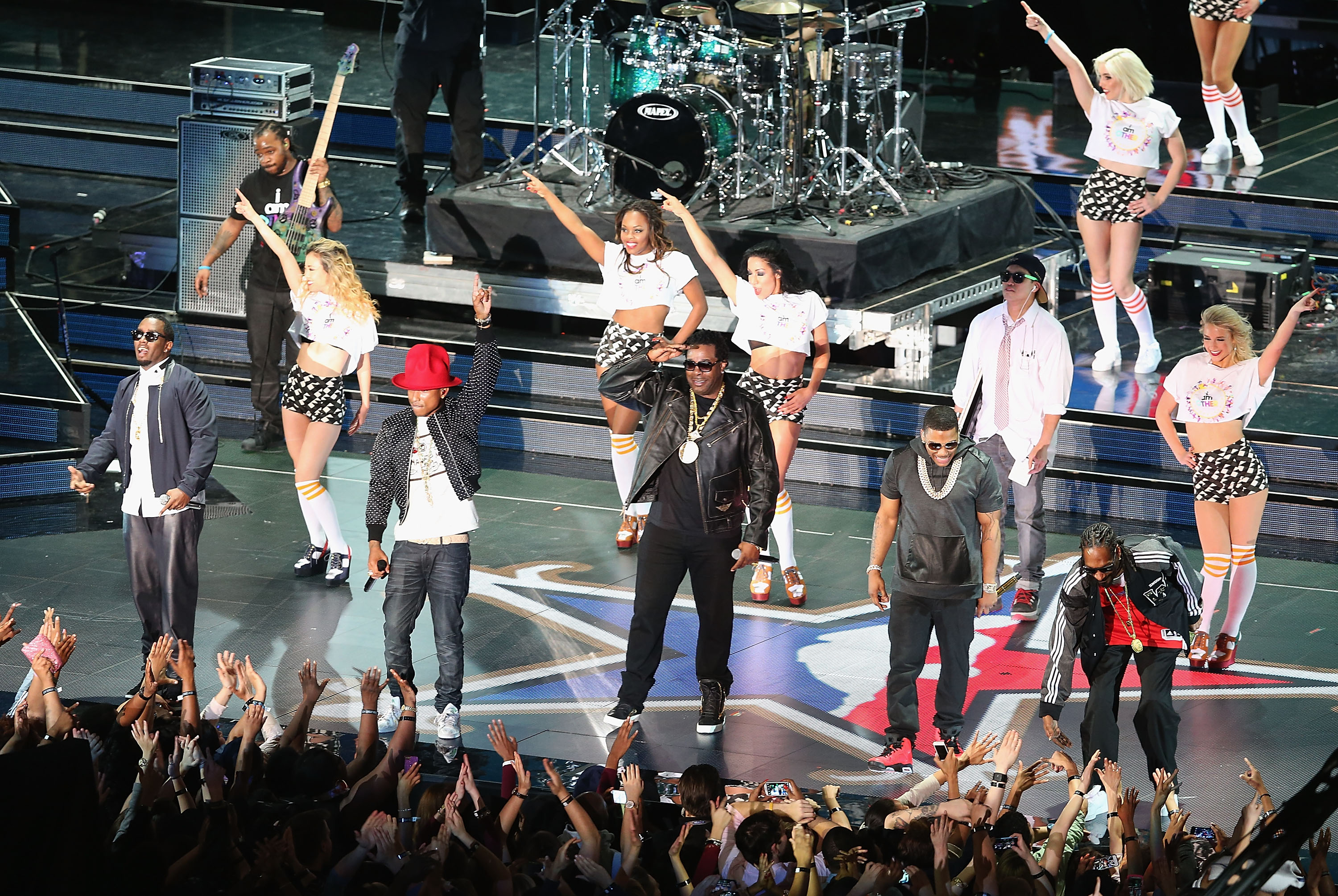 Nelly also took to the stage to perform The Neptunes-produced hit 'Hot In Herre,' and Snoop Dogg was on hand to perform 'Beautiful.'

Following the performance Pharrell tweeted his thanks to the 'legends' that supported him.