This image appears in the gallery:
The Story Of How Pharrell Became The Most Influential Man In Music 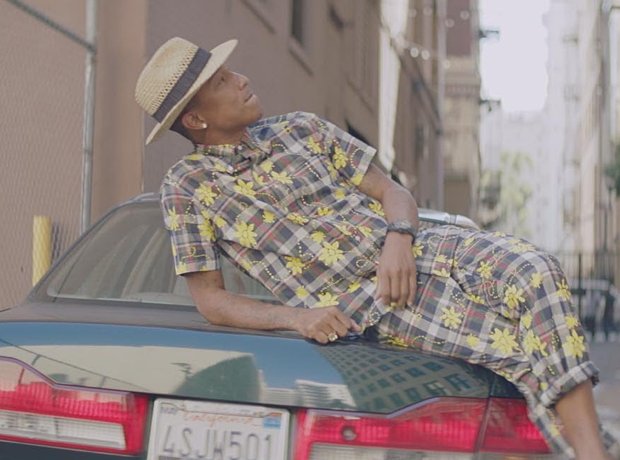 'Happy' slowly climbed the charts before spending four non-consecutive weeks at number one, reaching the peak on three separate occasions. In the same week that 'Happy' returned to number one for the third time, it sold its millionth copy in the UK, making it Pharrell's third in under a year. Pharrell become only the second artist in UK history (the first being the Beatles) to sell over three million-sellers in under a year.

See the full gallery: The Story Of How Pharrell Became The Most Influential Man In Music