This weekend saw Nicki Minaj join Ariana Grande as a surprise guest to perform alongside her at the 2015 BNA All-Star Game at Madison Square Garden.

Ariana Grande performed a six song medley of some of her biggest hits, including 'Problem,' The Weeknd duet 'Love Me Harder' and new song 'My Everything.' 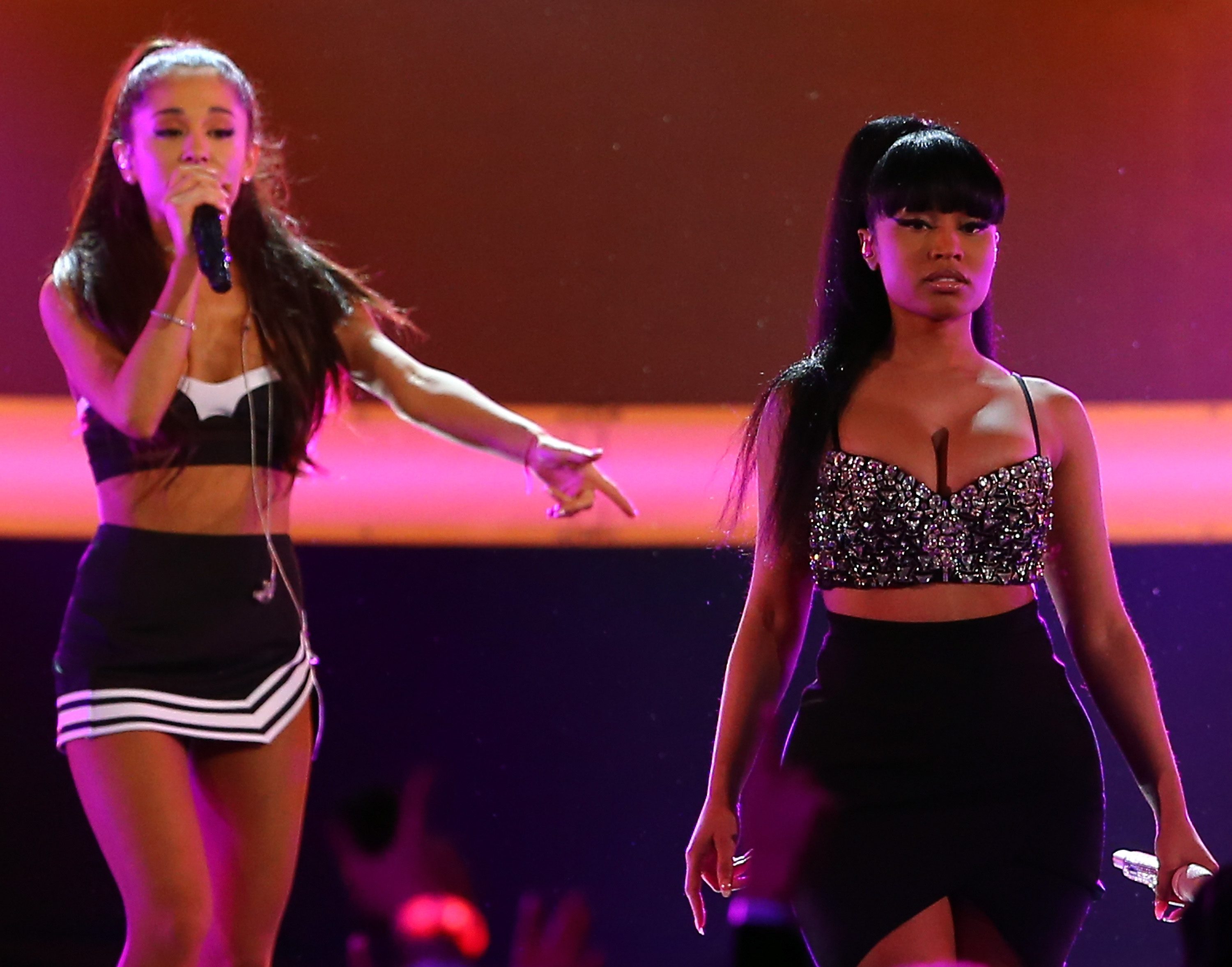 While the singer kicked off her Jessie J and Nicki Minaj assisted 'Bang Bang' solo, she was soon joined by Nicki Minaj who appeared on stage to perform her verse.

Stars including Beyoncé, Jay Z and Nicki's rumoured boyfriend Meek Mill watched on from the audience as the two divas upped energy levels.

This summer Nicki Minaj will head to London's Finsbury Park where she will co-headline the New Look Wireless Festival on Sunday 5th July alongside David Guetta. They will be joined by Jessie J, Clean Bandit, August Alsina and more in what's sure to be an epic weekend. Find out the full line-up and how to buy tickets.