Krept & Konan Drop NSFW Video For 'Do It For The Gang' Feat. Wiz Khalifa 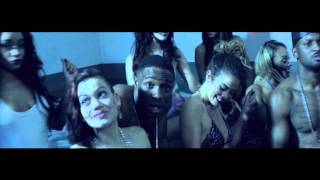 Krept & Konan - Do It For The Gang ft. Wiz Khalifa

Watch the 'Freak Of The Week' follow-up.

Krept & Konan have released a music video for 'The Long Way Home' album track ‘Do It For The Gang’.

The London duo’s adopt a more trap rap inspired sound for the cut, which features Taylor Gang chief Wiz Khalifa. The video itself is more explicit than their previous offerings with a parade of scantily-clad women.

The video is the second to drop from the album, following the official video for hit single ‘Freak of The Week’ which reached the top 10 of the UK charts on Sunday.

The pair recently shut down Finsbury Park with an epic performance at Wireless festival.

(Warning: This video contains strong language and images that some people may find offensive.)