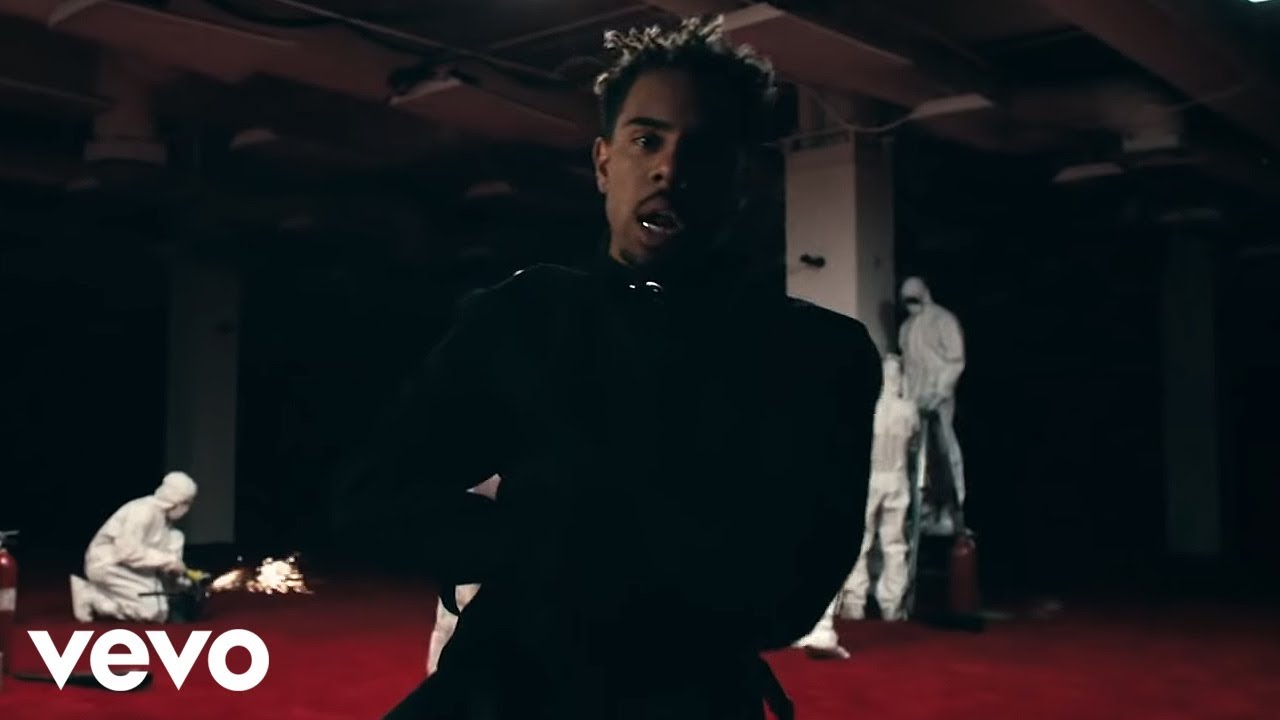 The pair are whiling out in this crazy video.

Vic Mensa has dropped a dramatic video for his collaborative new single 'U Mad'.

The Roc Nation signee appears alongside his fellow Chicagoan and mentor Kanye West in the video, directed by Grant Singer. Mensa spends most of the video straightjacketed in a dimly lit room with Yeezy emerging out of the darkness to join him. A riot kicks off towards the end of the video and Mensa stares down a bull. It's hectic stuff.

The video drops days after Kanye West celebrated his 38th birthday with a hugely extravagant present from Kim Kardashian.

Mensa's debut album 'Traffic' is out later this year.