Adidas Yeezy Wave Runner 700: What They Cost And Where To Buy Them

Kanye West has surprised fans with a sudden release of his new Adidas Yeezy Wave Runner 700.

The ‘Fade’ rapper, who premiered the new trainers during his Yeezy Season 5 show earlier this year, is currently selling them for $300 on the Yeezy.Supply website. 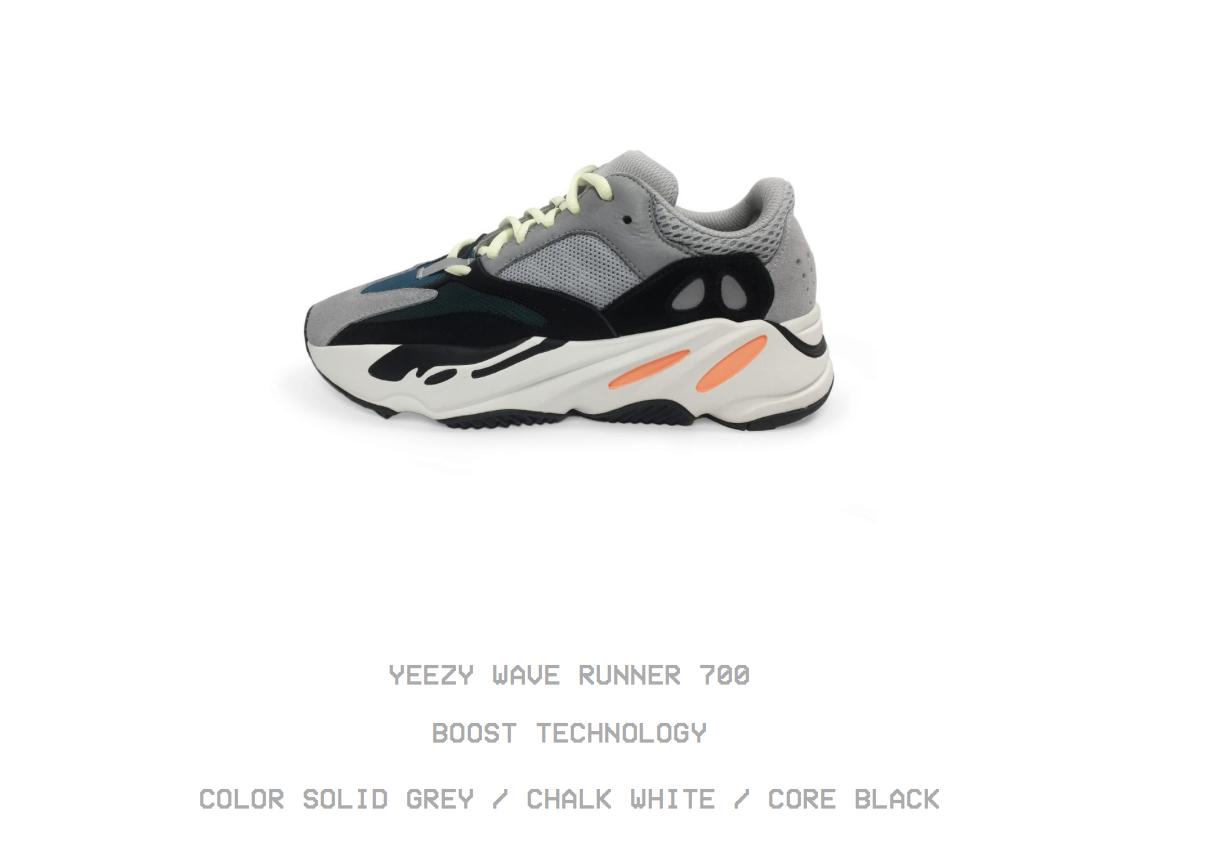 The Yeezy Wave Runner 700 are confirmed to include special BOOST cushioning, similar to previous Yeezy models.

The new Yeezy is currently only available online however there may be a re-release at Adidas retailers in the future.