Thumbs up to whoever made the cake! 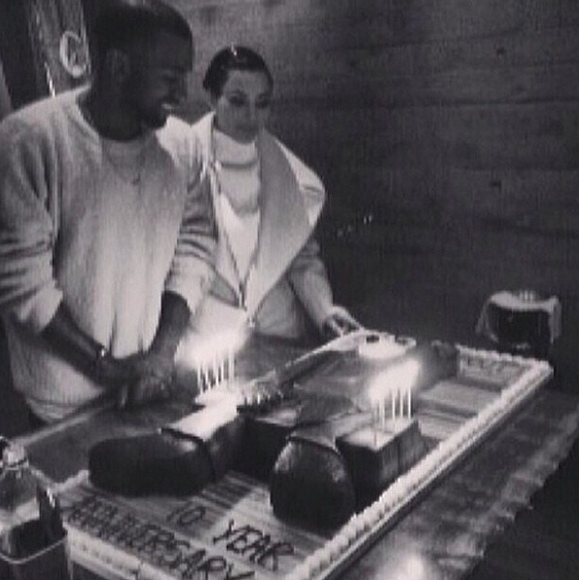 Kanye West and his fiancé Kim Kardashian have been out celebrating the 10 year anniversary of the release of 'Ye's debut album 'The College Dropout.'

The two were pictured smiling as they stood next to a large cake shaped like the infamous Dropout Bear that appeared on the album's artwork. Complete with 10 candles, Kim K posted the picture on her Instagram page with the message "You know what this is.. it's a celebration b****essss." 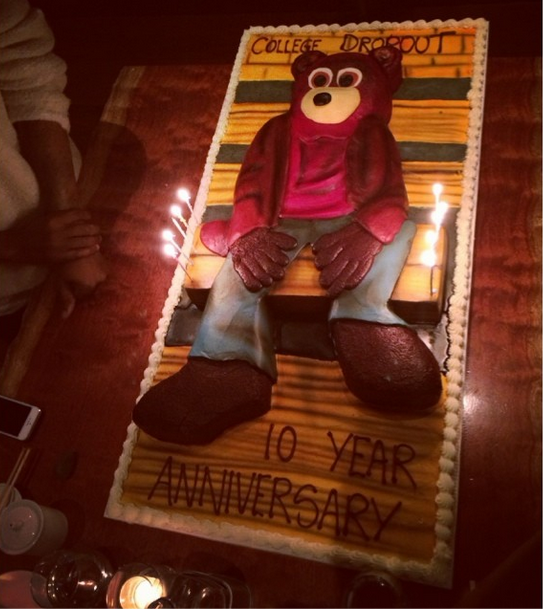 In an earlier posts Kim also took the time to pay tribute to who she called "the best producer/artist over the past decade!!!!"

"10 years ago today Kanye released his 1st album The College Dropout! This was a game changer! Could only imagine what you were thinking and feeling today 10 years ago!"

She continued; "Happy anniversary to the best producer/artist over the past decade!!!! Can't wait for the next 10 years! Gonna be listening to this album all day. #TheCollegeDropout #ChangedHipHop."

Kanye also took to his social media this week to mark the occasion, posting that he was "the same kid from Chicago, still dreaming out loud, still banging on the door." Read the full message he posted here.