West's bipolar disorder and his anti-abortion stance are thought to have impacted their marriage.

A source close to the couple claims the Chicago rapper's anti-abortion stance and bipolar disorder has massively impacted his marriage to the KKW Beauty owner.

"Kim has the whole divorce planned out," the insider shared to the publication, "but she’s waiting for him to get through his latest episode."

Kanye, who was first diagnosed with bipolar back in 2018, broke down in tears during Presidential campaign rally in July after admitting that he and Kim had considered aborting their first child, daughter North.

The rapper has sparked concern among fans over the last few months owing to his erratic Twitter rants. Last week, he mentioned his daughter in a worrying tweet about being murdered.

"NORTHY I AM GOING TO WAR AND PUTTING MY LIFE ON THE LINE AND IF I AM MURDERED DON’T EVER LET WHITE MEDIA TELL YOU I WASNT A GOOD MAN," West tweeted, adding, “WHEN PEOPLE THREATEN TO TAKE YOU OUT OF MY LIFE JUST KNOW I LOVE YOU."

People Magazine also reports Kim has reached the end of her tether. "He's off his meds," a source claims. "He promised he'd stay on them.

"The last time, part of his negotiation with Kim was that he'd get back on his medication and he would work very hard to control his impulses. He made a lot of promises. And now those promises are broken, less than a month later."

In July, Kim publicly addressed Kanye's bipolar diagnosis in a lengthy statement on her Instagram Story in July, asking her fans for "compassion" and "empathy" amid the "incredibly complicated and painful" situation. 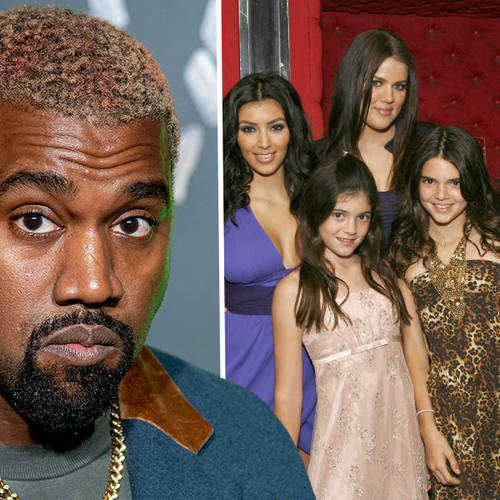