Watch Kanye West Jump In A Lake During Concert In Armenia

Kanye West jumped into a lake mid-performance during a concert last night in Armenia.

On Sunday evening (12th April) Yeezy put on a a free show at Yeveran's Swan Lake in Armenia, where he has been touring with Kim Kardashian, North West and more of the Kardashian clan. 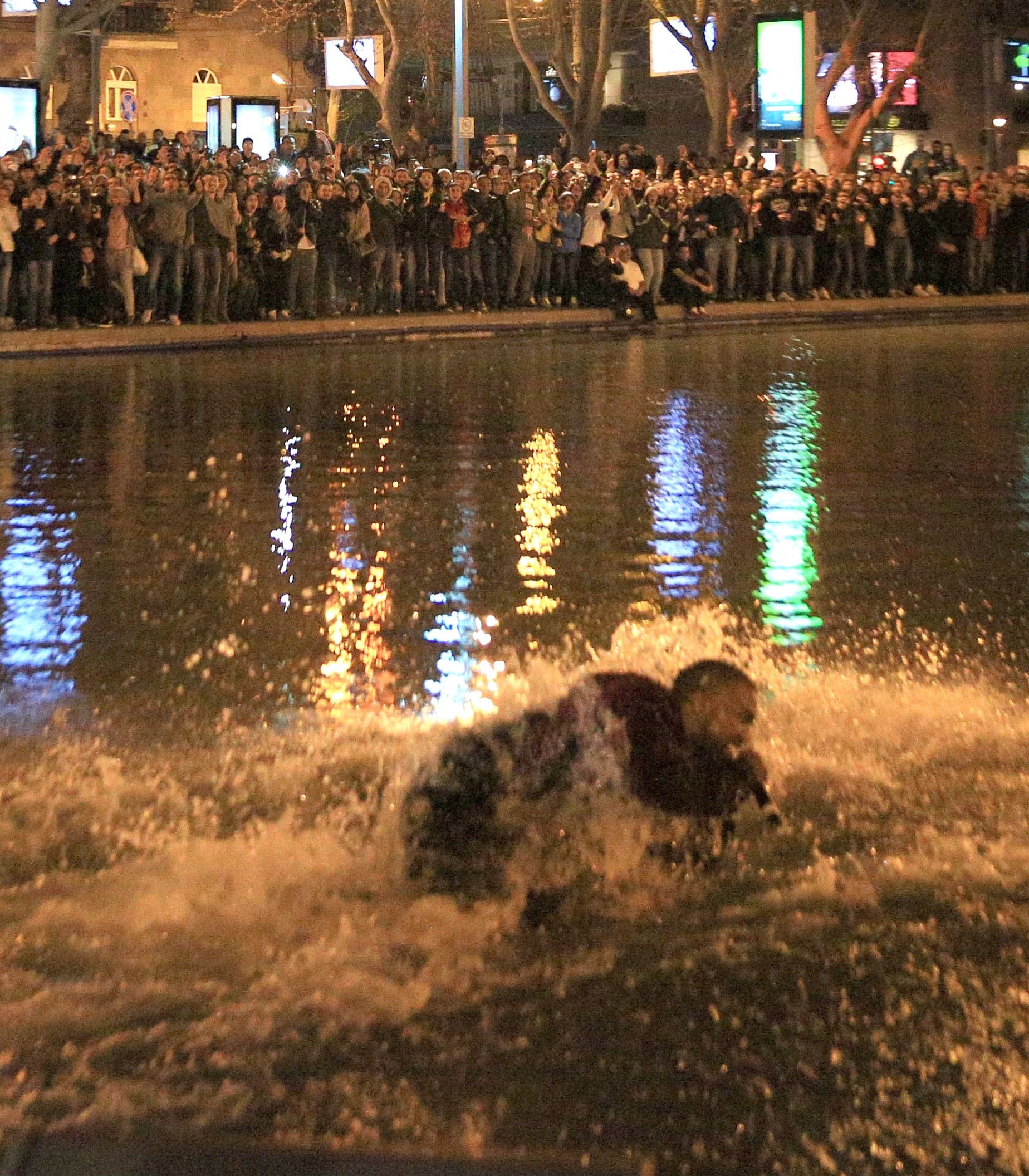 The show, which was being live streamed, saw thousands of fans gather around the lake as 'Ye performed new tracks and classics.

But during his performance of 'Good Life,' without warning, Kanye ran into the lake with mic still in hand.

Watch the strange moment below:

Crazy night! Kanye wakes me up & says he's doing a free concert in Yerevan, Armenia! I throw on sweats & we go! pic.twitter.com/2cjbaJbz7q

We're not sure whether Yeezy realised that the water was only knee deep (probably not judging by he landing), but the move was obviously unplanned, with fans running into the lake to join him and the police following not long after, eventually putting a stop to the entire show.

Watch the full concert on the video above (the jump happens around the one hour, three minutes and 30 seconds mark.