Why do people think Kanye West and YouTuber Jeffree Star are in a relationship? Who knows, but the memes are hilarious.

As news broke of Kanye West and Kim Kardashian's alleged divorce, the internet was soon ablaze with speculation around the reason behind the split.

Amid reports that the couple's separation is 'imminent', some fans believe Kim has already moved on with CNN reporter reporter Van Jones. As for Kanye... well, there's a pretty bizarre theory bubbling online.

A completely unconfirmed and highly unlikely rumour which started on TikTok claims Kanye West has been involved in a secret relationship with none other than YouTube sensation Jeffree Star.

And while there's not a shred of evidence suggesting that this rumour could be true, that hasn't stopped the internet from making some iconic meme magic.

I'm telling my kids this is Kanye west and Jeffree star 🙂 pic.twitter.com/YMOT1eug7K

Taylor after leaking the info about Kanye and Jeffree Star pic.twitter.com/bJkt4CeVkN

kris jenner after leaking to the media that kayne west cheated on kim kardashian with jeffree star pic.twitter.com/NeXtjGCj0s

Jeffree escaping when he heard Kim’s car in the driveway pic.twitter.com/Ni8nEAPOD1

Kylie Jenner and Stormi when Kanye and jeffree star show up at the family christmas party... pic.twitter.com/tNvORbyiGb

kris jenner after she finished editing the video of jeffree star and kanye west pic.twitter.com/cLXrQtLUvB

kim: where is she??? i know she's here i can smell her perfume!

Me reading all tea about Kanye and Jeffree pic.twitter.com/36PicI6hyy

KKW Beauty owner Kim, 40, and the Grammy winner, 43, have been married for six years, but have reportedly been living separate lives in recent months.

According to Page Six, Kim has hired celebrity lawyer Laura Wasser to finalise their separation.

"They are keeping it low-key but they are done," says a source. "Kim has hired Laura Wasser and they are in settlement talks." 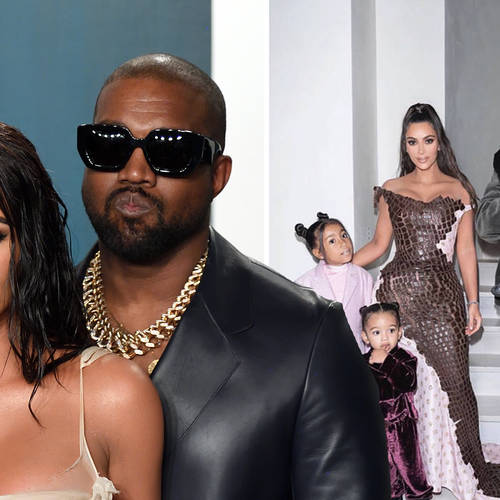