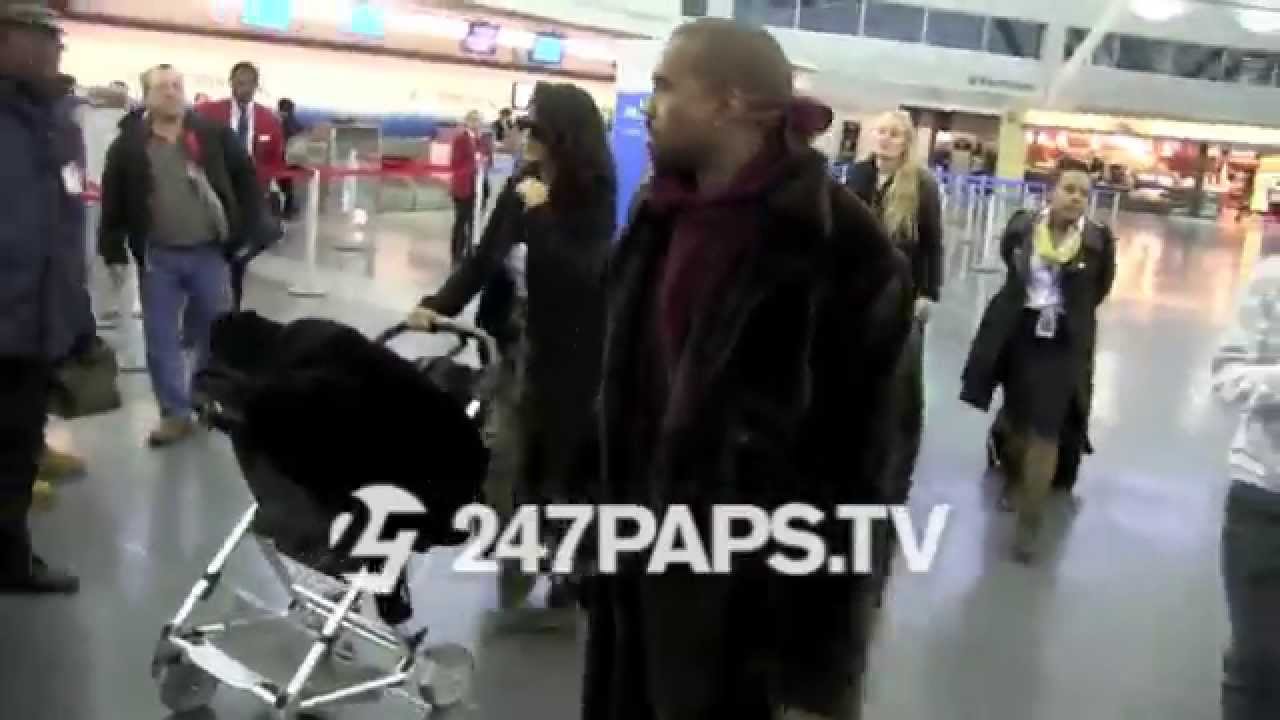 Kanye will send this fan his new Adidas trainers as long as he throws his Nike ones away.

After a busy weekend at the Grammy awards, Kanye West and Kim Kardashian flew to New York where they were approached by a fan as they strolled through JFK airport.

The fan was wearing some red Nike trainers which Kanye, who was wearing his new Adidas Yeezy designs, was less than impressed with.

"What would you rather have between these and these?" Kanye asked the fan as he pointed to both pairs of trainers.

"If I could give you these right now, would you throw those in the trash?" he asked. The fan of course said yes and so 'Ye told his bodyguard to get the young man's information.

"Give your information and we'll get you some of those" he told him. "You just need to be enlightened."

247Paps.tv also took the chance to ask Kanye, who said at the Grammy Awards that Beck should give his 'Album of The Year' award to Beyoncé, whether he thought Beck was an artist.

"I wasn't saying Beck, I was saying the Grammys. Beck knows that Beyoncé should have won... Come on man, I love Beck" he said.