Kanye West Appears On French Talk Show, Hardly Gets To Answer A Question

He's spent the week popping up in the front row at a ton of fashion shows, and now Yeezy continues to take over Paris as he stops by French chat show 'Le Grand Journal'.

Admittedly, we don't know much of what's going on as the entire interview is in French. But although we can't hear the questions being asked, Kanye has an earpiece in for a clear translation, and watching his answers is entertainment enough.

"I just love creativity across the board… Like architecture, art" he says intermittently, adding, "I think I'm addicted to dreams".

"Clothing or a stage design or an album, it's all an art project," then, "I just, I like life".

Get Google translator ready and watch the full interview below:

Alongside some interesting footage of a hands-on Kanye working on his autumn/ winter A.P.C collection, several of the rapper's most loved music videos are shown on the big screen – plus one that he didn't make. 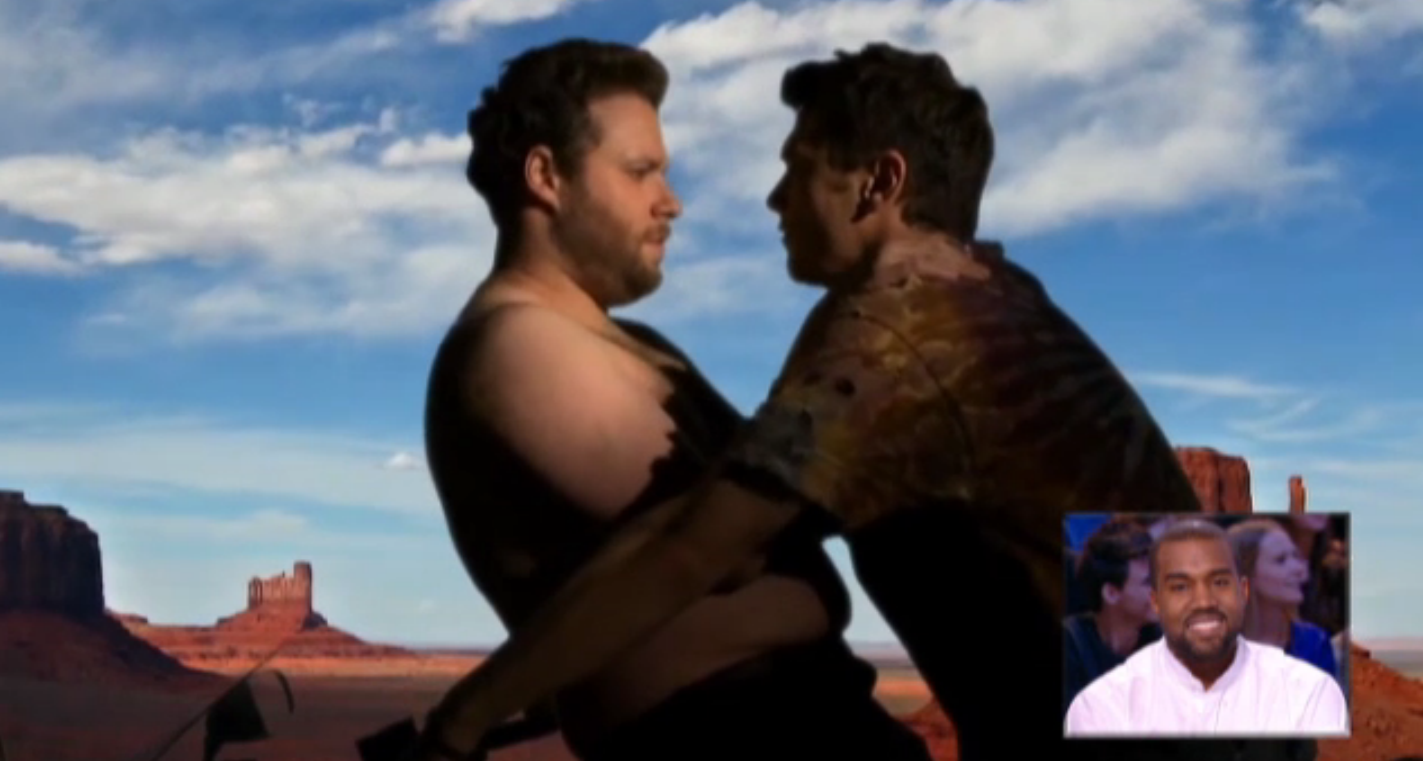 The viral spoof video 'Bound 3' made by Seth Rogen and James Franco pops up, with Kanye telling the host: "Yeah it's cool."