Kanye West has dropped a huge hint that he might be planning a surprise bid for the 2024 presidential election.

The controversial rapper posted and quickly deleted a tweet showing pictures of his face on presidential campaign posters. 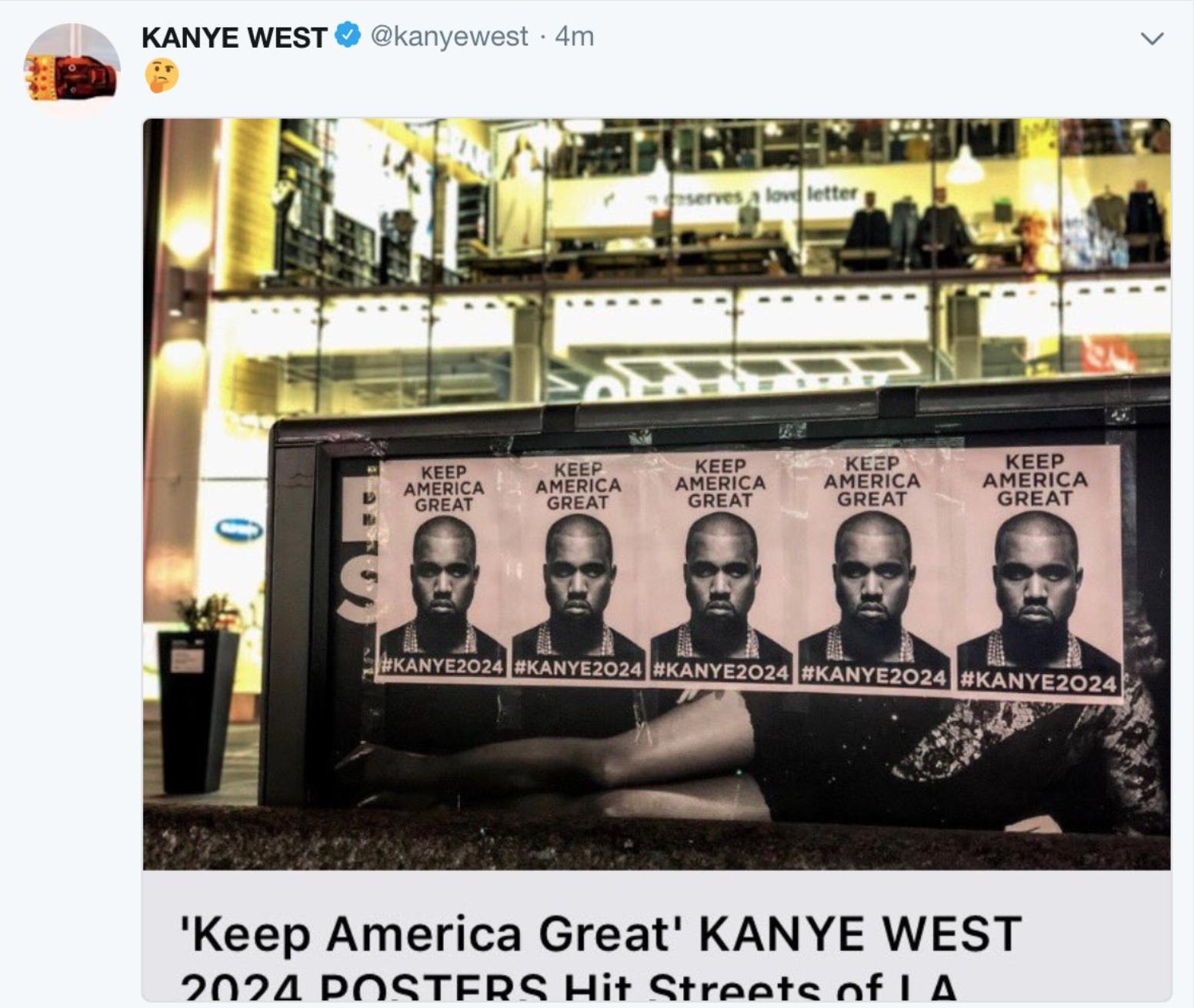 Kanye then posted a thinking face emoji, might has lead some fans to suggest he is taking the presidential bid seriously.

The Chicago rapper famously announced his plans to for run for the White House in 2020 at the 2015 MTV VMAs.

“Yes, as you probably could’ve guessed in this moment, I’ve decided in 2020 to run for president,” he said during a speech on stage.

Interestingly,  the rapper has already shown his support for current US president Donald Trump.

During a recent conversation with Ebro Darden the rapper reportedly said that he “loves” Donald Trump.

Meanwhile, Kanye West is set release his new solo album on 1st June, with a joint LP with Kid Cudi set to follow on 8th June.