Posing as Jesus in his 2006 Rolling Stones cover. 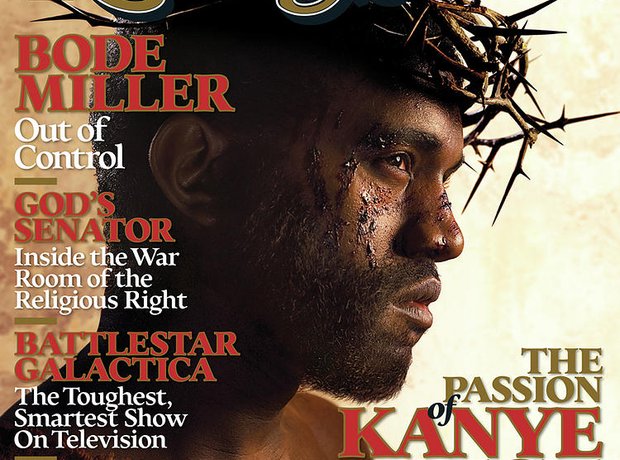 Kanye West as long likened himself to Jesus, just look at the name of his most recent album and tour. But it all really kicked off when after the worldwide success of single 'Jesus Walks,' Kanye posed as Jesus on the cover of Rolling Stones. West defended what some stained as ego, claiming "You want me to be great, but you don't ever want me to say I'm great?"