The 'Filthy' singer is coming to the UK in June.

Justin Timberlake has announced the UK dates for his 'Man Of The Woods' Tour.

Following the release of his highly anticipated album of the same name and his epic Pepsi Super Bowl Halftime Show performance, Timberlake will be heading across Europe from 22nd June, starting in Paris.

The 'Filthy' hitmaker will be kicking off the UK leg of the tour on Wednesday 27th June in Birmingham before making stops in Manchester, Glasgow and London.

The UK tour dates are as follows:

Purchase your tickets for the tour HERE 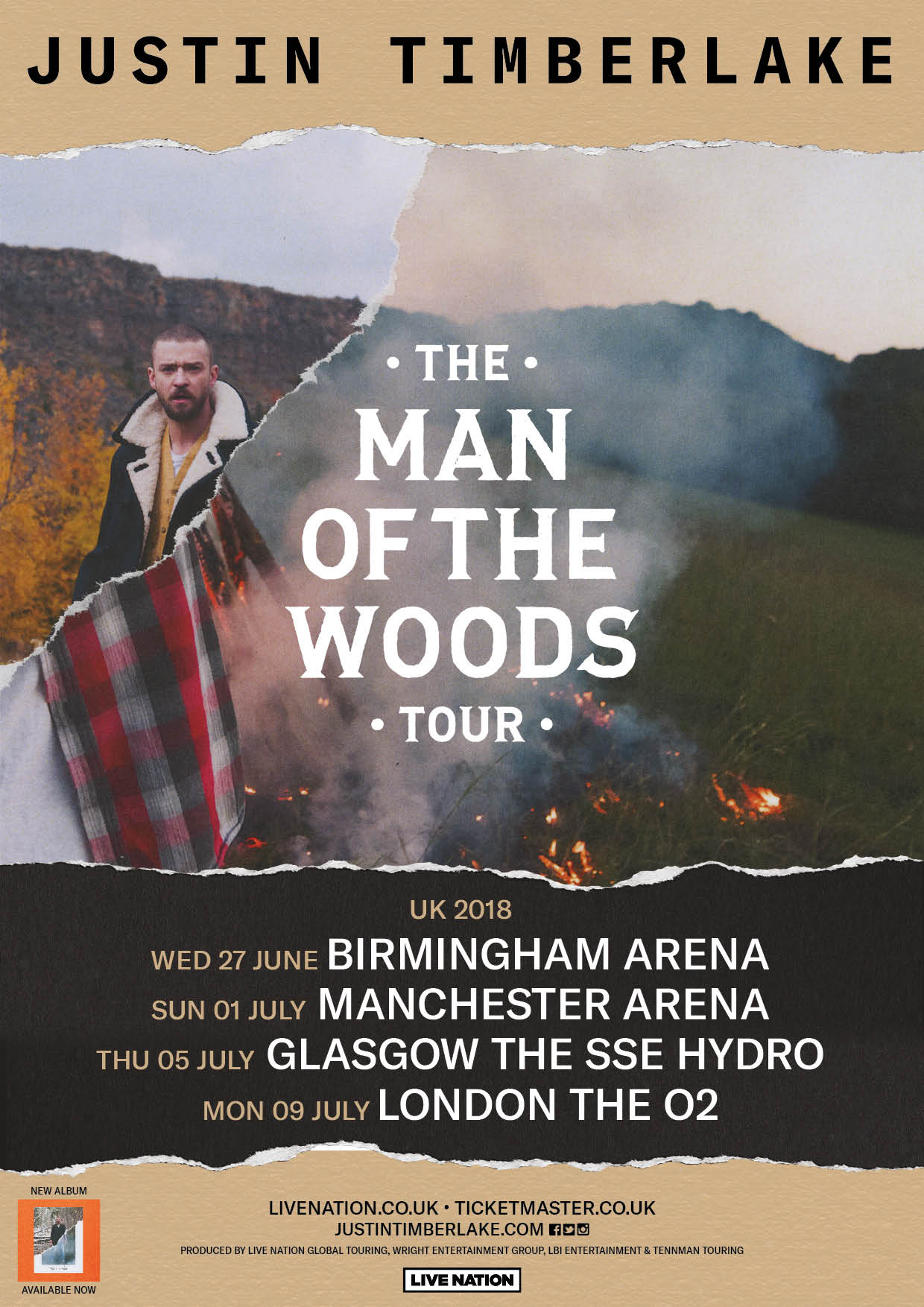 Timberlake's fourth studio album 'Man Of The Woods' was released on Friday 2nd February and is available now to download, stream and purchase.

The R&B singer's last tour was the critically acclaimed 'The 20/20 Experience World Tour', which sold out arenas and stadiums around the globe in 2013 and 2014.