This is what the album hailed as a hip hop classic could have looked like.

Viewed by most as a hip hop classic and even rated by its creator as his personal best, Jay Z's debut album 'Reasonable Doubt' is no doubt a staple of 90's music.

But the finished product, which was released nearly 18 years ago now, was quite different to what Jay Z originally had in mind. The album's art director/ designer has revealed to 2DopeBoyz a hand written image of the original tracklisting for the album. 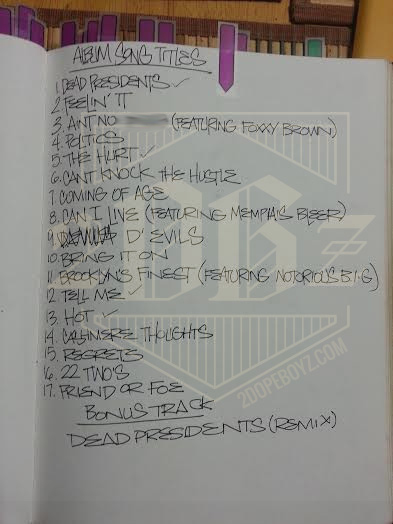 On it you'll find 17 tracks, as oppose to the 14 that made the final cut. Who knows what happened to the additional three, entitled 'The Hurt,' 'Tell Me' and 'Hot,' as they never made it onto another Jay album, or surfaced anywhere else for that matter.

Find the final tracklisting for 'Reasonable Doubt' below:

Brint It On feat Big Jaz and Sauce Money